Why it’s time for a ban on snares

Many people are surprised that this archaic form of animal trapping is still allowed, believing it was outlawed decades ago. But it is still legal to use a certain type of snare in the UK. 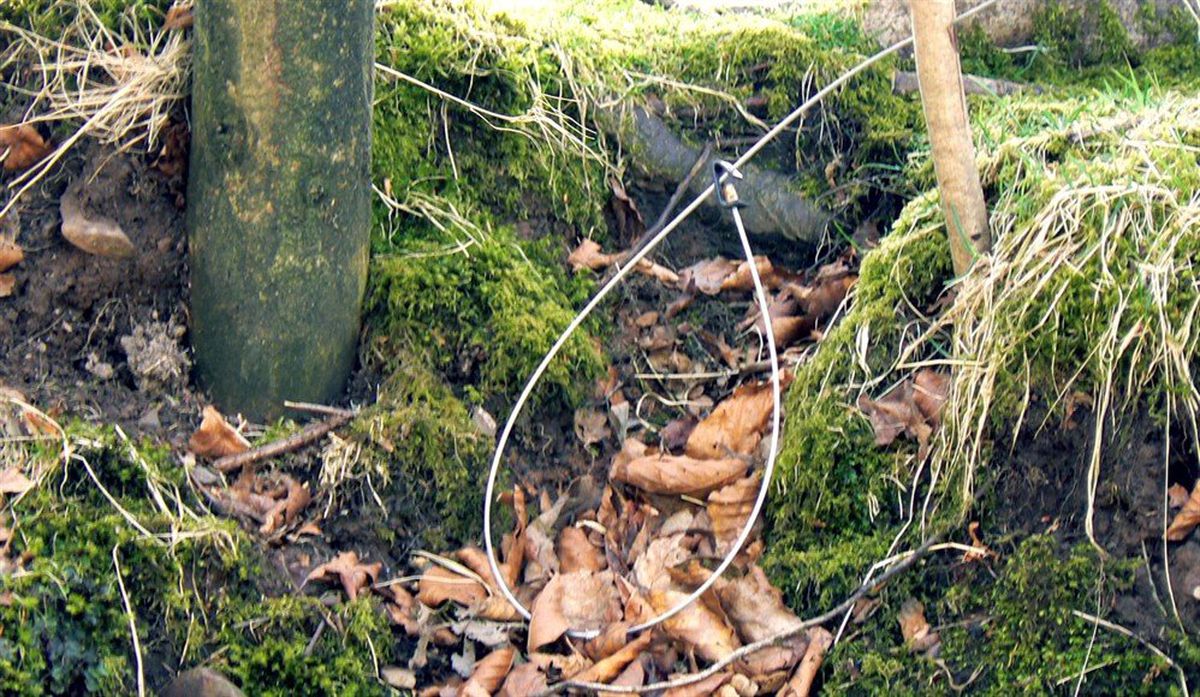 Injury and death - why snares are so cruel

The modern legal snare is meant to tighten around an animal and hold it quietly until a gamekeeper from the shoot comes to kill it. But the reality is shocking. In their desperate struggle to escape, animals may be strangled, or may suffer horrible and sometimes life-threatening injuries, or a lingering death.

Even if the snare doesn’t kill the animal, they may still die at the hands of a predator, dehydration or exposure to the elements. The League Against Cruel Sports is doing everything it can to protect animals from snares, as in the UK they are mainly set up by shooting estates to eliminate animals that predate on 'game' birds, and therefore this is a subject linked to cruel sports.

The silent enemy, breathtaking video about the cruelty of snares, directed by Paul Murphy, starring Shaun McKee and with the voice of BAFTA award winning actor Peter Egan.

In Wales, up to 51,000 snares may be laid at any one time, mostly to protect ‘game’ shooting estates. These snares are indiscriminate and can kill any animal unfortunate enough to cross their path. This can be ‘target’ species such as foxes but may also be other animals like Badgers, Hedgehogs or even pets.

How many animals are caught in snares?

Like landmines, snares are indiscriminate, because these wire traps can’t tell the difference between a fox, your family pet or a protected species.

As a result, the amount and diversity of animals that fall victim to these snare traps is immense. Snares capture any animal that happens to step into them. In 2012 a UK government study found that only around a quarter of the animals caught in snares were the intended targets (normally foxes). The remaining three quarters of the animals caught, severely injured or killed in these vicious nooses included hares, badgers, family cats and dogs, deer and even otters.

Based on the government’s 2012 research, we estimate that snares may be trapping up to 1,700,000 animals every year.

Spencer the lurcher was caught in a snare while walking in Coldharbour, Surrey. His owner said: 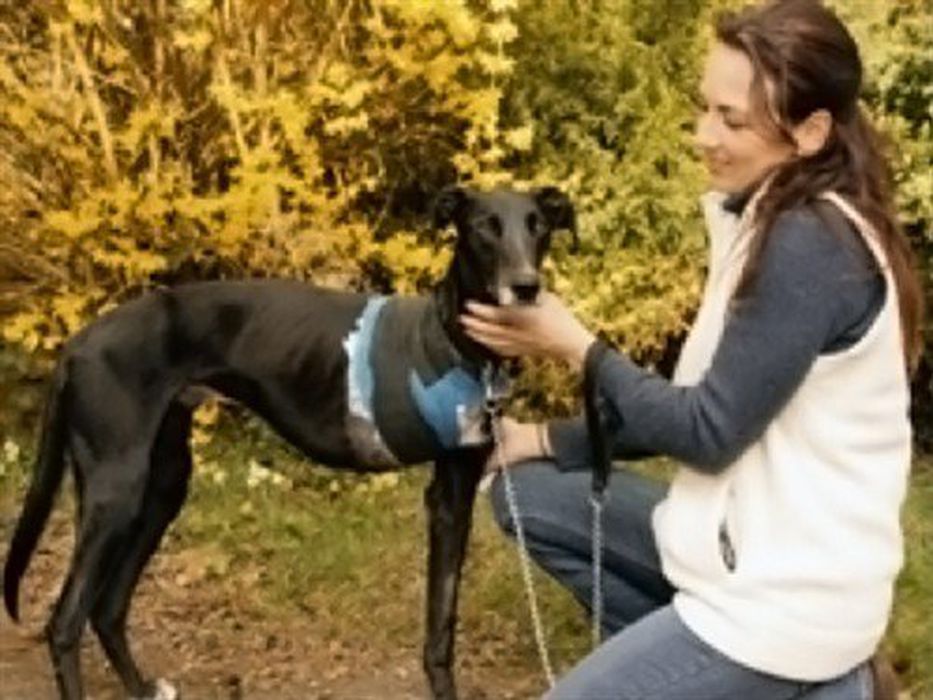 I kept walking and I saw Spencer trying to come towards me and then I saw a red stick that was his leg. His skin had been completely ripped off. His muscle was hanging off and you could see the veins and tendons. I just started screaming. It was such a horrible sight."

Spencer spent a week at the vets before a specialist decided his leg had to be amputated.

These days, snares are set mainly by gamekeepers on commercial ‘game’ bird shooting estates to reduce the number of birds caught by foxes. These snares are indiscriminate and consequently catch many different species of animals, rather than just those that are considered a threat to pheasants, partridges or grouse. Snares are seldom used by people to catch their own food.

Many of the UK’s wild animals are being threatened by snares, which are set to protect the profits of private ‘game’ bird shooting interests. The League is determined to end the use of snares.

Are snares legal in the UK?

Yes, Britain is one of only five European countries where using snares is still permitted - the others being the Republic of Ireland, France, Spain and Belgium. In the other countries where snares are used, they are more highly regulated than in the UK. Furthermore, the interpretations and regulations of snares varies between Wales, Scotland and England.

In the UK, snare can be either legal or illegal, depending on the design. All legal snare designs are intended to be ‘free running’ so that when the animal stops struggling, the wire loop should relax. Illegal self-locking snares will continuously tighten. However, the legislation regarding snare design is vague, and dual purpose, or AB, snares have the capacity to be self-locking and are still legal. Even legal ‘free-running’ snares can be rusted or faulty and, as such, can still cause severe injuries or death to the animals caught in them.

Legal snares can also be set in the wrong way or the wrong place, increasing their potential to cause more suffering and catch non-targeted animals. Many illegal snares, which are designed to kill any animals they catch, are still in use. This is despite DEFRA regulations stating that snares should only be used to catch foxes and rabbits and that the snaring of wild animals is prohibited under the Wildlife and Countryside Act 1981. Furthermore, DEFRA’s code of best practices instructs that all snares set should be checked twice a day, morning and night, in order to minimise animal suffering, though high records of animal deaths in snares implies otherwise.

Why a snaring Code of Practice will never work

The Government believes that snare use can be controlled by a Code of Practice by providing guidelines on their use, including how and where to set them and how to avoid injury to the animals.

But its own research shows that no amount of regulation can reduce the suffering snares inflict - or the number or variety of animals caught in these lethal traps.

In the Government’s own 2012 report into snaring, not a single fox snare operator visited was fully compliant with the Code of Practice that was valid at that time, for the reason that they were unable to find any ‘off-the-shelf’ snares that were compliant with Code of Practice recommendations. Furthermore, a study commissioned by the shooting industry revealed that less than half of the gamekeepers involved had even read the Code.

Although there are now new codes of best practice in Scotland, England and Wales, none of them are likely to prevent non-target animals from being caught in snares, or to eliminate suffering to acceptable levels, even if they are fully complied with. It is very difficult to enforce regulations for snaring, which occurs primarily on private land in remote locations.

How can we change the law on snaring?

The League will continue to campaign for a ban on snares in all the countries of the UK because we believe that snares should be illegal. A total ban on snare use will be easier to enforce and could encourage uptake of alternative practices.

There is strong support for the banning of snares amongst the British public:

We believe that as we continue our education programme and more and more people understand what snares really are and the damage they do, these numbers will continue to increase.

We are also working hard to seek bans on snares in Scotland, Northern Ireland and Wales.

It is time for a complete ban on the manufacture, importation, sale and use of snares to end the suffering of the huge number of animals caught in them every year.

How can I help ban snaring?

Join the League in our endeavours to protect animals caught in snares by becoming a voice for them. By joining our supporter groups, writing to your MP, or sharing this on your social media to express your concerns, together we can lead the way to a future without animals being persecuted in the name of ‘sport’.

Watch our stunning campaign video The Silent Enemy. No animal cruelty is shown, but it clearly depicts what a snare can do.

Watch our Snare Horror Exposed video which shows the sad story of a hare caught in a snare in Northern Ireland.

Watch our Death Pit in the Countryside video which shows how animals are lured into snares by 'stink pits'.