Hundreds of thousands of grouse are shot for entertainment in Scotland most years. The grouse is a wild native species that lives in an upland habitat that has been radically changed from its natural state over the past 150 years.  Wholesale burning of the heather, the eradication on any other animal that threatens the grouse and the use of outdoor medication to protect the grouse from disease are all carried out to make sure there is a surplus of grouse – so they can be shot purely for entertainment.

When we considered taking on the shooting of grouse for “sport” it became quickly apparent that this was something we couldn’t do on our own. We identified a circle of environmental, social justice and animal welfare destruction surrounding Scottish grouse moors.

Revive - The Coalition For The Reform of Scottish Grouse Moors was launched in November 2018, in Edinburgh with the support of key note speaker Chris Packham. Along with the League, the members of the coalition are, Friends of the Earth Scotland, Raptor Protection UK, Common Weal, and Onekind.

Together we have published a number of ground-breaking reports and now hold an annual Revive public conference. The reports cover a wide variety of issues including alternative uses that grouse moors could be used for, the impact of reforesting the grouse moors and the wholesale destruction of mountain hares, foxes, stoats, weasels and crows that are said to threaten grouse. These animals are killed so that there can be more grouse to shoot for entertainment. For full details and the opportunity to sign the campaign pledge that calls for radical reform of Scotland’s grouse moors visit revive.scot. 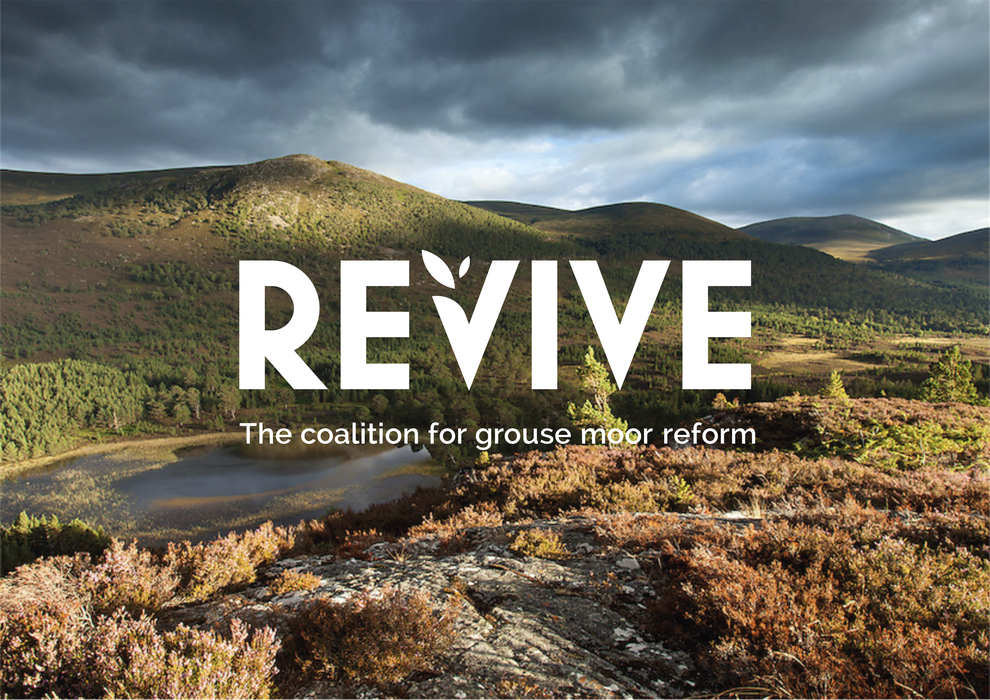