Bullfighting is perhaps the most well-known spectator “sport” involving the killing of animals for entertainment.

For British tourists in the 1970s and 1980s, going to a bullfight was almost seen as a ‘must do’ part of a holiday in Spain. But gradually the awareness of what actually happens at a bullfight has increased, ripping away the idea that bullfighting is ‘art’ and exposing it for the cruel sport that it really is.

Public opinion in each bullfighting country and elsewhere is now firmly behind banning bullfighting, and it has already been banned in most countries. But it still continues in nine countries - each year tens of thousands of bulls are injured and killed for entertainment in Spain, Portugal, France, Colombia, Mexico, USA, Venezuela, Ecuador and Peru.

Polling by Ipsos Mori in 2016 found that 58% of adults in Spain oppose bullfighting, compared to 19% who support it.

Bullfighting is a traditional bloodsport that is thought to have existed in Spain since Roman times. The sport has evolved and varied over time and, today, bullfighting typically involves a professional performer (known in Spain as toreros or matadors) ceremoniously fighting a bull in a sand bullring. In many variants of the sport, the bull will ultimately die.

The cruelty of bullfighting

There are many different styles of bullfighting but the Spanish style bullfight is likely the best known. In this performance, the animal is attacked by a ‘cuadrilla’ (entourage) comprised of men on foot and others on horseback, armed with lances and barbed harpoons called ‘banderillas’.

There are three parts to the bullfight, in each of which members of the entourage will encourage the bull to charge and then attempt to wound it on the back and shoulders with daggers and barbed sticks. These wounds will result in blood loss and weakness in the bull, making it easier to fight.

In the third stage of the fight the matador will attempt to entice the bull to charge at a red cloth and the drive a sword between its shoulder blades to kill it. This move is rarely successful and often multiple attempts are made before the bull is killed.

If the matador’s performance is particularly good he may be awarded with one or both of the bull’s ears, or in some parts of Spain, the tail.

Bullfighting varies between countries. In France, Portugal, Ecuador and the USA some bullfighting takes the form of a ‘bloodless bullfight’. These bloodless bullfights can include a performance where no blood is drawn, or a performance which includes injury of the bull but does not result in the bull’s death. These performances are still intended to provoke the bull and cause the bull to be both stressed and exhausted. Whilst they are ‘bloodless’, they still result in abuse of the animal.

The death of the bull is typical of every bullfight. However, the risk of injury to both horses and matadors is high. Before the horses were made to wear protection, they were often seriously injured from being gored on their sides.

Bullfighting injuries to matadors are so common that in Spain, surgeons have been trained to treat wounds caused by horns, known as ‘cornadas’. Some of the matadors will die from their injuries and the most recent death was in 2017.

The League is calling for a complete ban of all forms of bullfighting, including ‘bloodless bullfights’, in each country where they are performed. 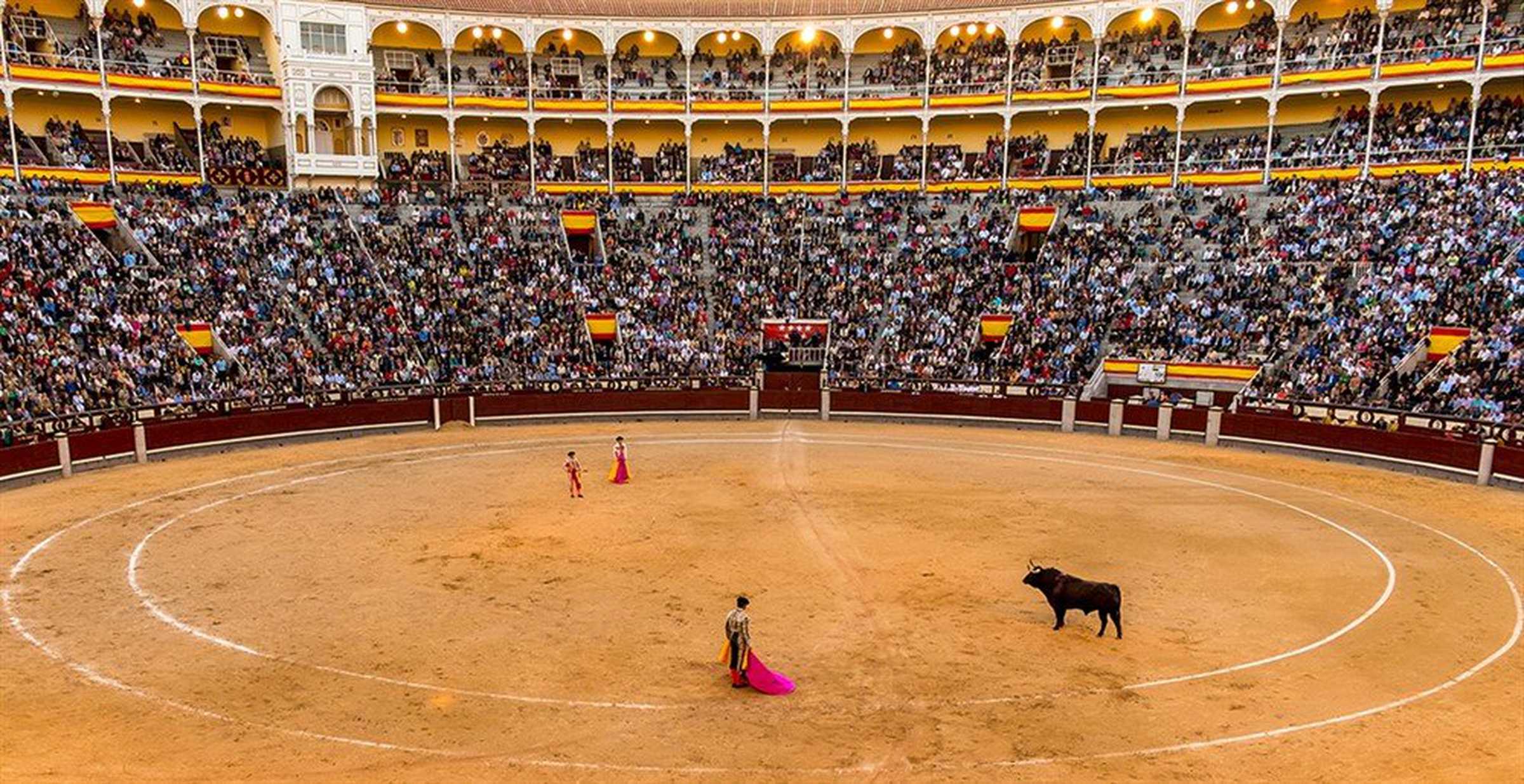 The ‘running of the bulls’ is a practice which involves letting loose bulls and steers to run with and in front of large and cheering crowds along a designated route, which is leads to a bull ring.

These events happen in many countries and take many forms, some of which involve the use of ropes, fire or water. The bull run for the San Fermin fiesta in Pamplona (northern Spain) is the most famous of these events and attracts thousands of international tourists each year.

The Pamplona Bull Run takes place every year between the 6th July and 14th July. Even though the fiesta is often described by tour operators as ‘a spectacle not to be missed’, the risk of harm to both people and the bulls is high and there is very little regard for the animal’s welfare.

Over one million tourists arrive at Navarre each year to watch the running of the bulls. Some tourists will participate in the running itself. Due to the promotion of the bull running by travel organisations, many of these tourists come from the UK, Ireland, New Zealand, the USA and Australia.

In previous years the League Against Cruel Sports has convinced a number of travel operators to cease promotion of this cruel festival. We welcomed the move by Airbnb, GetYourGuide, KAYAK, EasyJet and TripAdvisor, to cease website promotion of the event. Prior to that we welcomed a similar move by Topdeck Travel and STA Travel the year before.

Despite our efforts to persuade them to cease the promotion and sales of the festival, First Festival, PP Travel, The Backpacker Tour Company and Stoke Travel still continue to promote this bull running.

What happens during the Pamplona Running of the Bulls?

Each morning of the eight-day festival, the bulls are forced to run 875 metres down the cobblestone streets of the town, alongside cheering participants and spectators. Bulls often slip and slide on the stone surfaces and be injured as a result.

The bulls enter the bullring and are rounded into a holding pen, when later they will be used in a bullfight.

The international anti-bullfighting movement is growing in strength every year, and many local, regional or national bans have already been achieved. Bullfighting has already been banned in the Canary Islands and Catalonia regions of Spain.

Other counties have imposed restrictions or localised bans on bullfighting which have helped to minimise the practice of this ‘sport’. These include Ecuador, Mexico, Venezuela and other South American countries.

We believe that if campaigning by the League Against Cruel Sports and many other passionate organisations continues, the abolition of bullfighting is near.

How can I help to end bullfighting and bull runs?

You can write to First Festival, PP Travel, The Backpacker Tour Company and Stoke Travel, asking them to stop profiting from Pamplona, by removing Running of the Bulls tours from the tour packages they offer to travellers.

If you have seen any companies promoting bullfighting or running online, in travel brochures or in-flight magazines then please contact us. Sending links and photos of the promotional material to us with any additional information is highly valuable. You can email us at campaign@league.org.uk

Join the League in our endeavours to ban bullfighting. By joining our supporter groups, writing to your MP, or sharing this on your social media to express your concerns, together we can lead the way to a future without animals being persecuted in the name of ‘sport’.