The introduction of the Hunting Act followed an extensive and often exhausting campaign spanning 80 years, with the League Against Cruel Sports and our supporters at the forefront since 1924. In Scotland, hunting with dogs was banned earlier by a different law, the Protection of Wild Mammals (Scotland) Act 2002.

Securing the Hunting Act was a key moment in the history of animal protection legislation in the UK and public polling consistently shows it is a popular law. Yet, since its introduction, the Hunting Act has been the target of considerable attack from the pro-hunt lobby which has waged an on-going campaign to try and undermine the Act with the aim of getting it scrapped or weakened, and defied the Act by developing and promoting methods to circumvent it in the form of false alibies or illicit exploitations of its exemptions.

This sabotage of the law continues today. 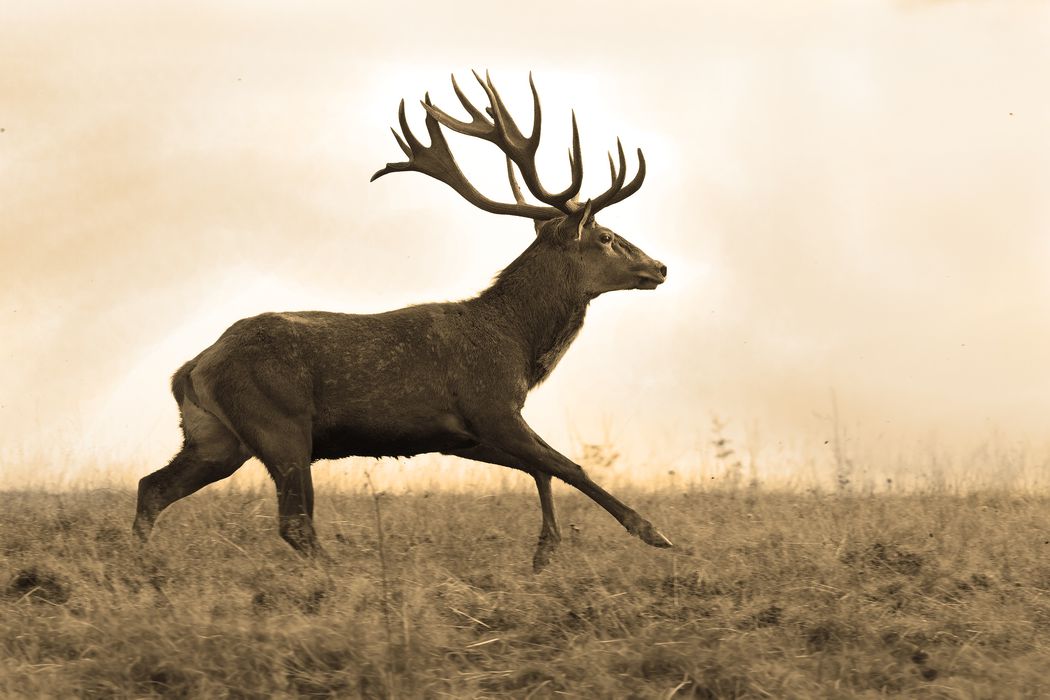 Official figures demonstrate that the Hunting Act has protected animals, with people being convicted for crimes covered by the law. However, far too many allegations of illegal hunting have not been properly investigated and far too many illegal hunters have got away with it unpunished, which means that the Act has a serious enforcement problem. Because of the weak enforcement by the authorities the successful prosecution of registered hunts was spearheaded by the League when we took private prosecutions against illegal hunters.

While many people have been convicted under the Hunting Act, most of these are in fact poachers rather than hunters. Unfortunately we believe that illegal hunting with dogs by organised hunts is very common across the country, while there are very few prosecutions. The problem is that considering the defiance of the hunting fraternity and how they have created sophisticated alibies and illicitly exploited the exemptions of the Act, it is often hard to catch hunts in the act of chasing and killing a fox, and even if they are caught, it is hard to prove in court.

The Act contains ‘exemptions’ built into its Schedule, which were designed to prevent the ban affecting activities which Parliament did not intend to prohibit. Unfortunately, hunts often use these exemptions as an excuse if they are caught hunting. For example, staghunts use the 'Research and Observation' exemption that was designed for researchers and not hunters, and some fox hunts carry birds of prey in order to claim that they use the 'falconry' exemption, which was designed for falconers.

However, the most common way illegal fox hunters use to avoid prosecution is with 'trail hunting'. Most registered fox and hare hunts now claim to be trail hunting – an activity that was not in existence or envisaged when the Hunting Act was drafted, and which should not be confused with 'drag' hunting.

Trail hunting is an entirely new invention which purports to mimic traditional hunting by following a scent trail (using fox urine, according to the hunters) which has been laid in areas where foxes are likely to be. Those laying the trail are not meant to tell those controlling the hounds where the scent has been laid, so if the hounds end up following a live animal scent the hunt can claim that they did not know. 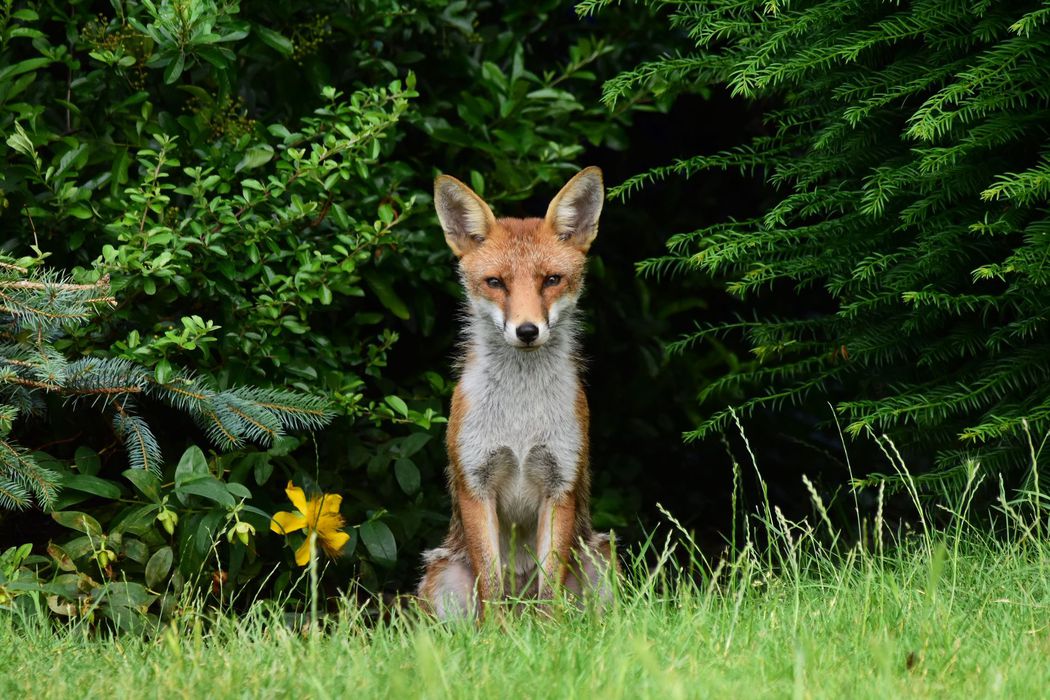 Leaked training webinars showed senior figures within the Master of Fox Hounds Association and the Countryside Alliance caught on camera admitting that ‘trail’ hunting is a “smokescreen” for the chasing and killing of foxes.

As a result, Mark Hankinson, who at the time was the director of the Masters of Foxhounds Association, was found guilty in October 2021 for encouraging or assisting others to break the Hunting Act 2007.

The League Against Cruel Sports and other organisations has been campaigning to expose trail hunting for years. This powerful new evidence is a game changer and will play a vital part in ending trail hunting once and for all.

Trail hunting is not the same as drag hunting, a legitimate sport created in the 1800s which is not intended to mimic animal hunting, but instead is a sport using hounds to search for a non-animal scent without the pursuit or killing of wild animals. In drag hunting, or in bloodhounds hunting (or hunting the 'clean boot' as it is also known) where the scent of a human runner is followed instead of a drag, the trail never contains animal scent, is never laid in areas likely to have foxes, and those controlling the hounds always know where the trail was laid.

This is why in drag hunting, 'accidents' when live animals are chased are very rare, while in trail hunting they are very common.

The League believes there is no such a thing as the 'sport of trail hunting' and it is simply a temporary, false alibi to cover for illegal hunting while the hunting fraternity hopes for the hunting ban to be repealed or weakened.

For more information visit our trail hunting page and read or download our detailed report on trail hunting, drag hunting and the 'clean boot'.

To help solve these enforcement problems and ensure that animals are protected in the way the Hunting Act intended, the League is recommending seven amendments to the Hunting Act:

1. The use of dogs below ground should be prohibited

This is arguably where the worst cruelty occurs in hunting, not only to wild foxes or badgers pursued underground with limited opportunity to escape but also to the terrier dogs sent below ground to find these animals and either flush them out or hold them at bay.

2. A ‘reckless’ provision should be inserted to stop hunters using the false alibi of trail hunting

The League believes there is no such sport as trail hunting and it is simply a cover for illegal hunting. We believe the best way to deal with the false alibi of trail hunting is to include a reckless provision in the Act, which would enable people to be prosecuted not only when it can be proven they intended to hunt wild mammals with dogs, but also if it can be proven they were reckless by not preventing their dogs from doing so.

3. Sentencing powers should be increased

Like many animal protection laws, the effectiveness of the Hunting Act is limited by the lenient punishments available to the courts. However, penalties under the Hunting Act are not strong even compared with other animal legislation. We believe this disparity trivialises Hunting Act offences in the eyes of many offenders and the legal system and are calling for sentences to be brought in line with the Protection of Badgers Act and Wild Mammals Protection Act, with a maximum penalty of six months imprisonment.

4. Removing the Observation and Research exemption that has been systematically abused by stag hunts

The three remaining stag hunts in England have been trying out different exemptions of the Hunting Act to enable them to continue hunting. They tried the 'flushing to guns' exemption and the 'rescuing an injured mammal' exemption, but they both failed as they were successfully prosecuted for abusing these exemptions.

However, when they tried the 'Research and Observation' exemption, that one did work, as no prosecutions have progressed when this exemption has been used as a defence. As there do not seem to be any genuine researchers relying on this exemption, it should be entirely removed from the Act.

5. An extension of the available time to charge suspects with breaching the Act

Under the current law, a defendant must be charged within six months of committing an offence. In practice, this means that often police forces simply do not have the resources to secure a charge within in that time and, consequently, suspected illegal hunting can go unpunished.

6. Application of ‘vicarious liability’ to cover the employers and landowners of those in breach of the Act

In illegal hunting cases, it is often the ‘terrier men’ or the huntsman – paid employees or contractors of the hunt – who are charged and subsequently prosecuted. However, responsibility should also lie with those who run the hunt (such as the hunt masters), and those who own the land where hunting took place and authorised the hunt to use it. The application of a ‘Vicarious liability’ clause would mean that those who instigate or enable the illegal hunt to take place can also be prosecuted.

7. The reversal of burden of proof in “exempt hunting” cases

Reversing the burden of proof for cases where a suspect uses the “exempt hunting” defence would mean that the burden would no longer be on the prosecution but on the defence, meaning hunts would need to prove they indeed followed all the conditions stipulated by the Hunting Act 2004 relevant to the type of exempt hunting they claim they were doing, such as “flushing to guns” or “falconry”. A reversal of the burden of proof for exempt hunting was among recommendations made by Lord Bonomy in his recent review of Scottish hunting legislation.

While public support for the prohibition of hunting has always been high, it has increased hugely in the past ten years. The latest polling from Ipsos MORI, conducted in 2017 on behalf of the League, shows:

What is the League doing to protect the Hunting Act?

One of the most important ways to protect the Hunting Act 2004 is to show that when it is properly enforced, successful prosecutions are possible. Since the Act has been enacted the League has had hunt monitors in the field observing what the hunts do and gathering evidence for prosecution leading to several successful convictions.

However, the Act itself has always been under threat of being repealed or weakened, and this is when our political lobby work becomes necessary. While we know that many politicians feel strongly about particular issues, perhaps because of their own personal experiences, the reality is that ‘politics’ often plays a role in decision making.

This means that sometimes politicians are persuaded to make decisions when the decision does not necessarily reflect their own view. This may be due to strong influence from particular lobby groups – groups with a particular focus or interest. Many people involved in hunting, for example, move in the same circles as senior politicians, therefore they potentially have ‘the ear’ of people who could make changes to legislation.

At the League Against Cruel Sports we work hard to ensure that we meet with MPs and give them the facts about hunting – because information and education on the truth about hunting is the key to winning the argument.

The tide has turned

During the 2015 attempt by the Government to weaken the Hunting Act with a legal mechanism called a Statutory Instrument, we were encouraged to know that a large number of Conservative MPs would have voted against any weakening – this has come because of non-stop advocacy work by organisations like us.

The other big question always worth raising with MPs who are pro-hunting is this: if eight out of ten people in a constituency are against hunting, then shouldn’t the MP vote against hunting, whatever their personal views?

And finally, as our eyes and ears on the ground over ten years has shown us that the bans in Scotland, England and Wales are not properly enforced, our next task is to campaign for amendments in the hunting ban laws so they become stronger and easier to enforce, and for a new ban in Northern Ireland where hunting is still completely legal.

How can I help protect the Hunting Act?