The brutal world of fox hunting has been left reeling today after National Trust members supported a historic vote to ban trail hunting on its land.

Animal welfare campaigners from the League Against Cruel Sports celebrated the decision outside the National Trust AGM in Harrogate and called on the conservation body to never let fox hunts on its land again.

Andy Knott, League Against Cruel Sports chief executive, said: “Enough is enough. Now the membership has voted to permanently end it, we must insist the National Trust’s trustees listen and act. The trust must ban ‘trail’ hunting on its land for good. Other landowners should take note and immediately follow suit.”

The vote follows the recent landmark court case in which Mark Hankinson, director of the Masters of Foxhounds Association, was found guilty of intentionally encouraging or assisting others to commit an offence under the Hunting Act 2004. The disgraced now-former director was caught telling hunt masters how to use the excuse of so-called ‘trail’ hunting to get away with killing animals.

Trail hunting was described by Judge Tan Ikram, deputy chief magistrate of England and Wales, as a ‘mirage’ ‘sham’ and ‘smokescreen’.

The National Trust is one of the UK’s largest landowners and it owns or is responsible for managing 250,000 hectares or 620,000 acres of land. At its height in 2016/17 the National Trust issued 79 licences to 67 fox hunts to engage in trail hunting on its land.

Andy Knott added: “The Hunting Act needs to be strengthened and law-breaking properly punished. Trail hunting is nothing but a smokescreen for illegal fox hunting. We know and have been saying this for years, the National Trust members know it, and now the courts know it too.

“Those who enable the smokescreen of trail hunting to take place should look again and ask themselves whether they want to be complicit in illegal activity.

“It is time for every other landowner, including the Ministry of Defence and Defra to see this activity for what it is and ban the illegal hunting of animals on their property.” 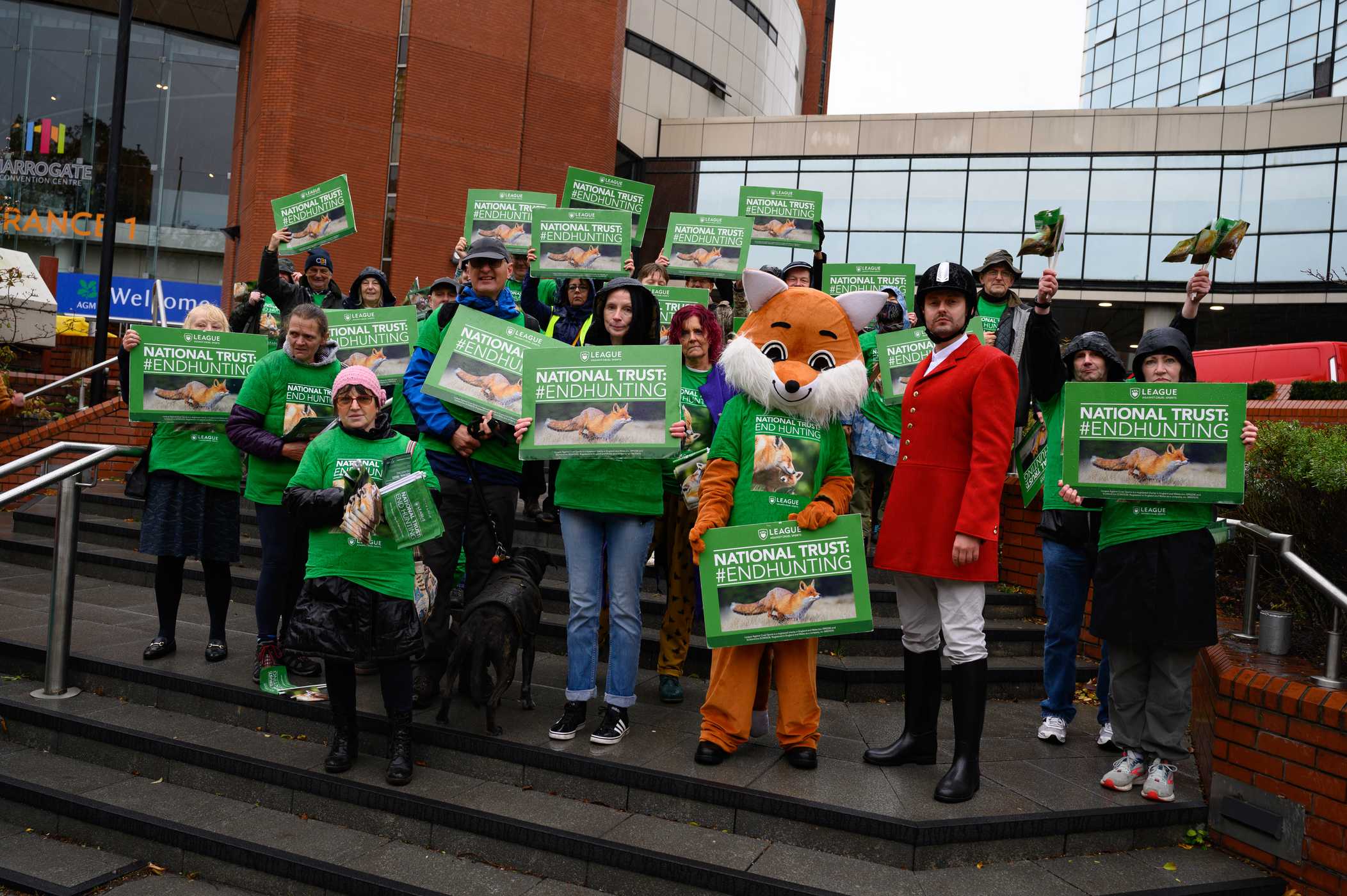