In our dog fighting investigations, we are coming across more and more dogs that we believe have been used for fighting. We've also discovered people breeding dogs specifically to be sold to dog fighters. Our investigations are ongoing, but out there, right now we know dogs are falling victim to one of most horrific forms of organised animal cruelty. Some of their stories are below.

The case studies below give an insight into dog fighting in the UK. 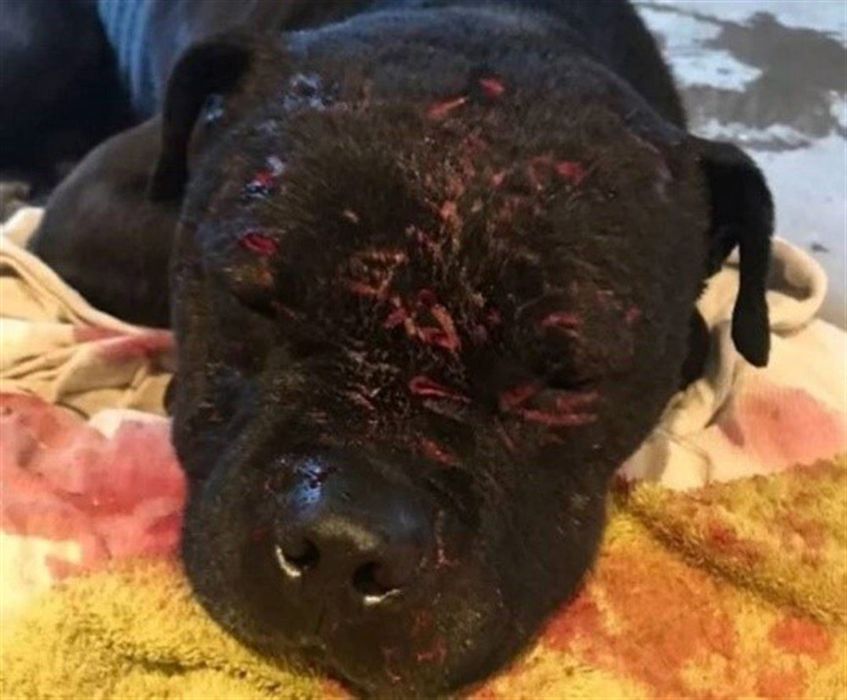 A dog fighting gang spanning Lincolnshire to Wales was convicted at Lincoln Magistrates Court in February 2019.  Eight dogs had been rescued including a American Bulldog, a Bully Kutta, a Presa Canario and a Pitbull Terrier which were covered in fresh wounds as well as old scars. Videos seized during the raid show fights lasting 45 minutes with horrific injuries, as well as videos of the training techniques used to prepare the dogs for fights. This was the third dog fighting conviction for one of the defendants which goes to show the current lenient approach to sentencing fails to offer a credible deterrent. 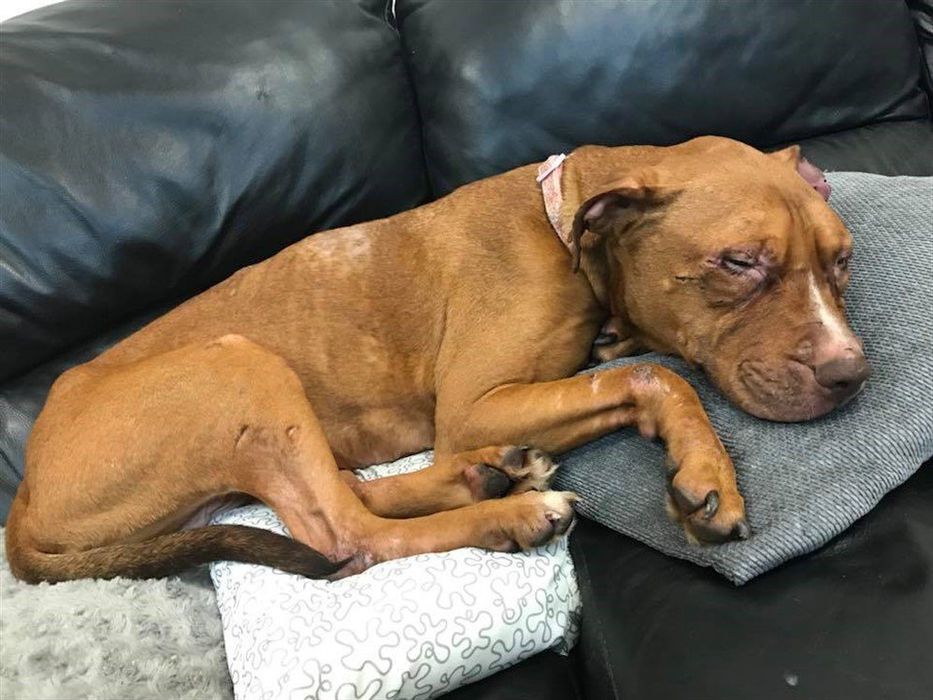 Peggy was found wandering the streets and taken to a rescue centre in Liverpool. She has significant scaring to her face, head and limbs built up over time suggesting she’s been repeatedly forced to fight. Desperately weak, underweight and malnourished, she needed urgent care. Thankfully, she landed in a good place with people who are committed to helping her recover from her ordeal. 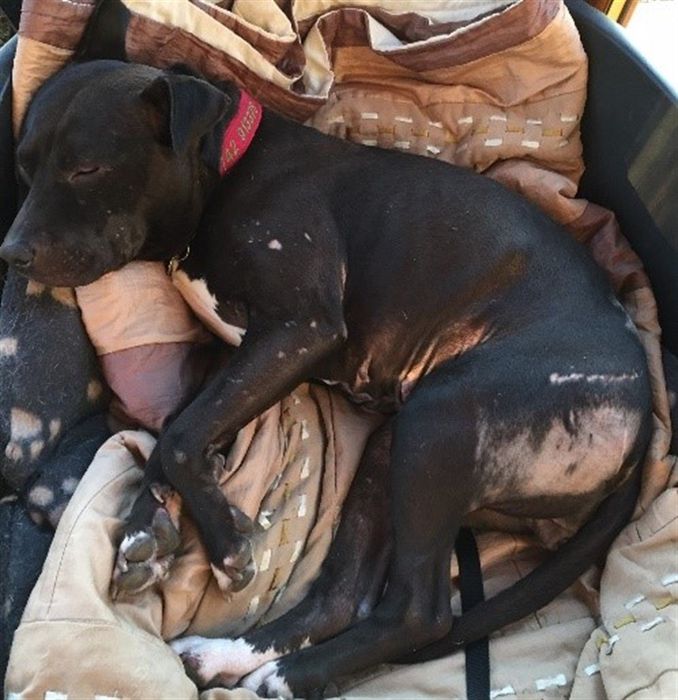 Poppet was found by a dog warden in a ditch with multiple scars to her face, head, front legs and body. She also had a broken leg that had gone untreated for some time. She was fearful, aggressive towards other dogs and terrified of men. Happily, she’s now with an experienced owner who’s committed to looking after her and has given her a forever home. 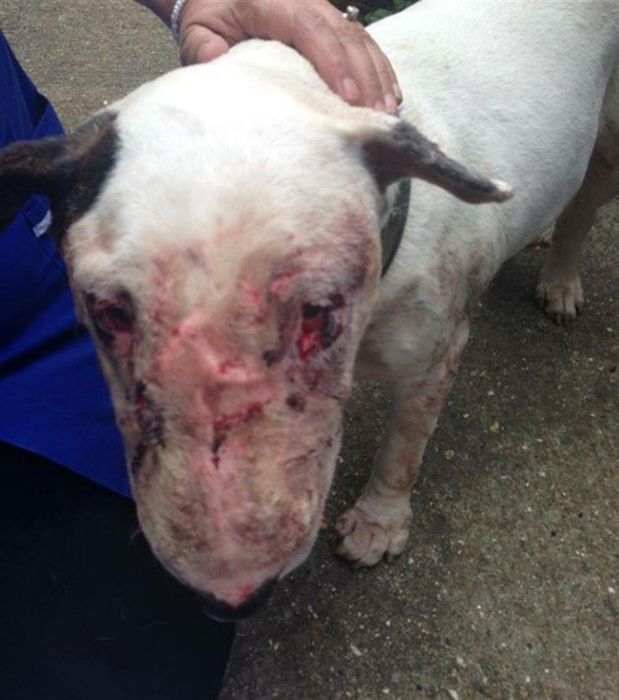 Della bears the terrible scars of her former life as a bait dog. She was dumped outside a nursing home where she was found by a policeman. It was suggested that Della should be put to sleep but fortunately a rescuer experienced in handling bull breeds came forward to offer her a forever home. 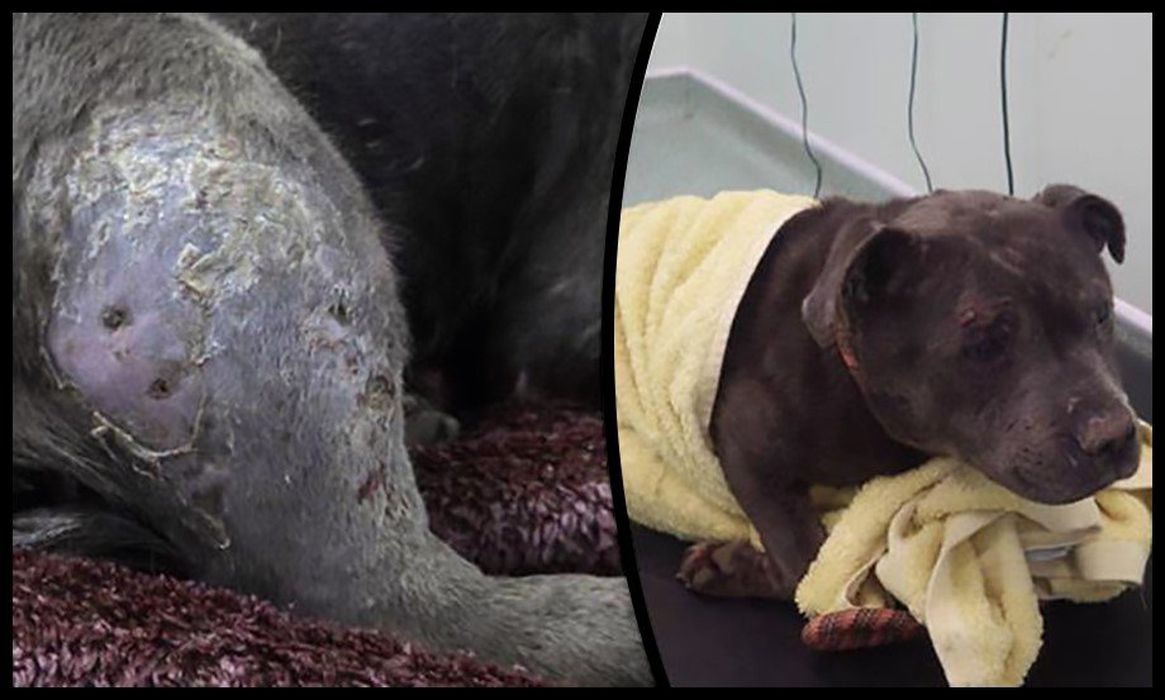 Zeena went missing from her home in the Birmingham area about four years ago. She was found as a stray with horrific wounds indicating that she'd been repeatedly forced to fight. With extensive wounds to her face, neck and leg and a punctured eye, she was in a very poor state. Nervous, particularly of men, vulnerable and submissive, it was clear she'd suffered significant abuse.

Despite getting the very best care from an RSPCA Animal Hospital, Zeena died from her injuries. 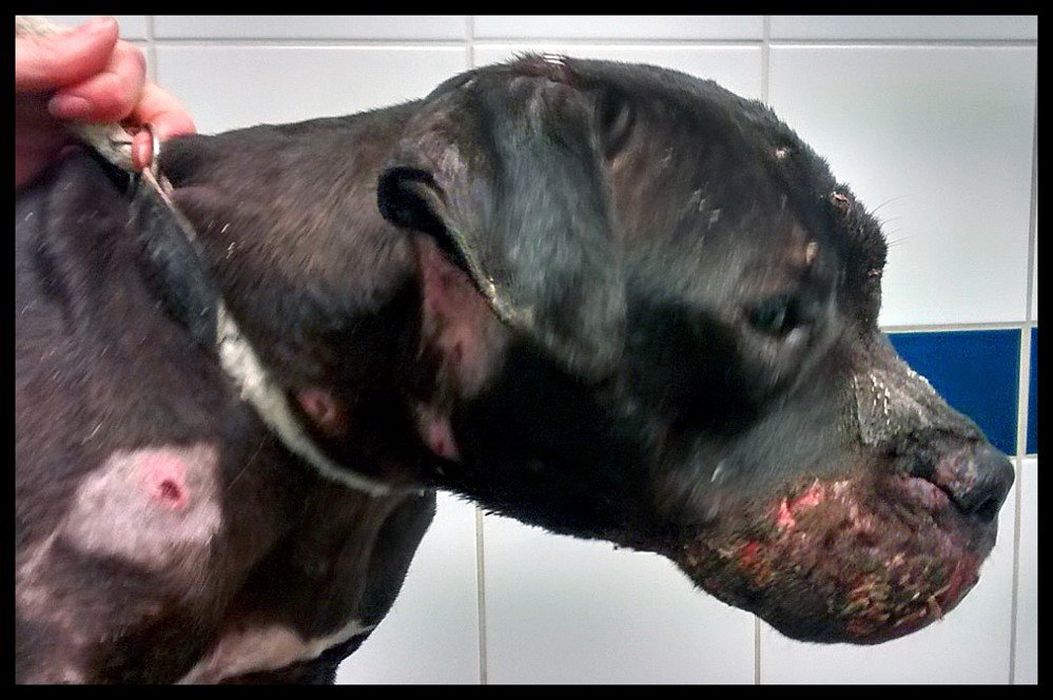 A man from Hertfordshire was convicted of dog fighting at Stevenage Magistrates Court in February 2018 and sentenced to 24 weeks in prison and disqualified from keeping animals for life.

This dog fighter was exposed when one of his dogs escaped and was found cowering in a nearby garden and taken to a local rescue. The dog, named Kali by her rescuers, was covered in wounds - both fresh and historic - with bite marks, scratches and puncture wounds to her muzzle, ears and legs. The freshest wounds indicate that she's been used in a fight just a few days earlier.

Thanks to the care of the RSPCA, Kali is now fully recovered. She is happy, healthy and has been successfully rehomed!

Hector was a stray found in the Peterborough area. He had bite marks around his face and neck, and had collapsed in the street from dehydration. It’s believed that he'd had been forced to fight with other dogs and his teeth may have been filed down so that he couldn't defend himself.

This sweet natured and timid dog was put into foster care to help him recover. 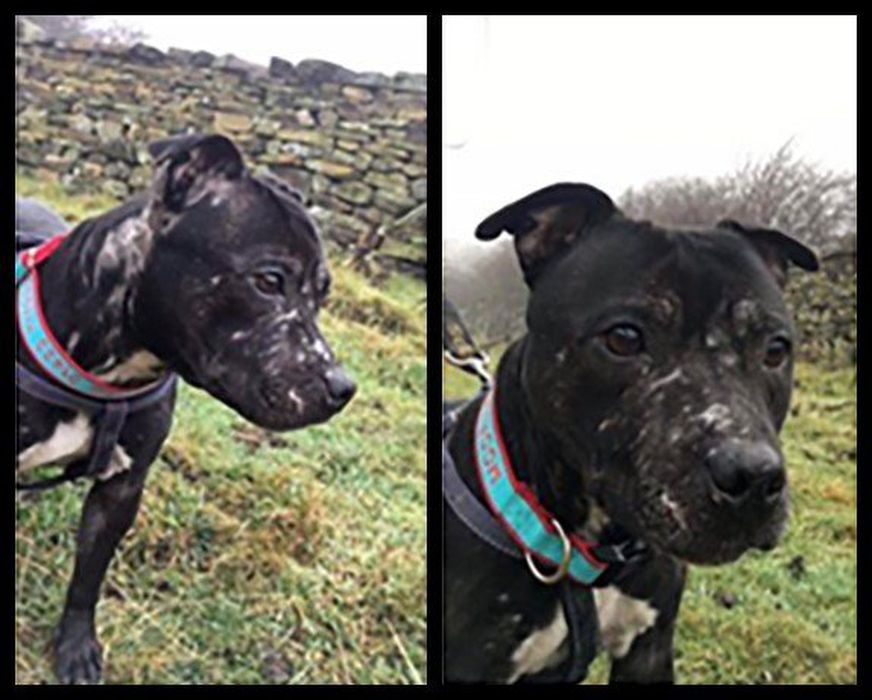 Bella was found in the West Midlands with horrific scarring to her face and body believed to be consistent with dog fighting. She was treated by vets for infected scars and has now been successfully rehomed. 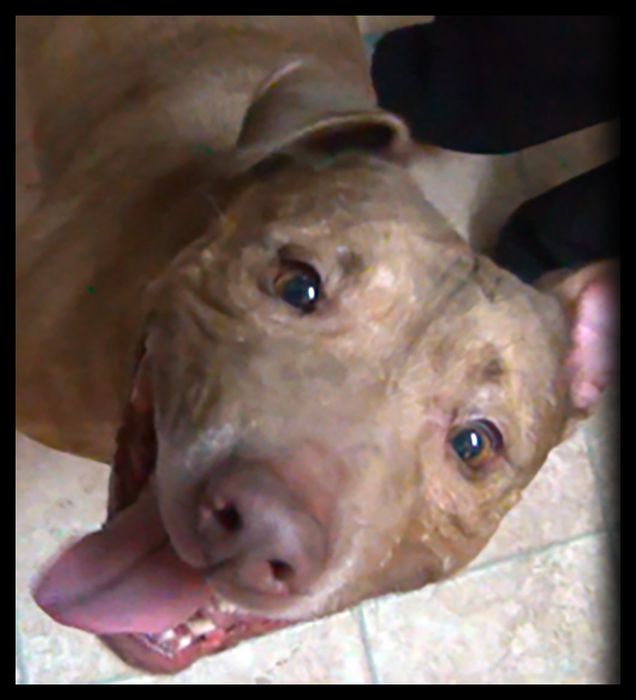 Bert's owner kept him on a chain in his garden in Berkshire for seven years and fed him a diet of steroids to make him stronger and more aggressive. Other dogs were brought into the garden to fight with him. While his owner was away, he was taken out by other associates and street rolled several times. As a result, he has sustained scars to his face, head and legs and damage to his teeth. He also has kidney stones believed to be caused by the steroids.

Bert has been successfully rehomed. 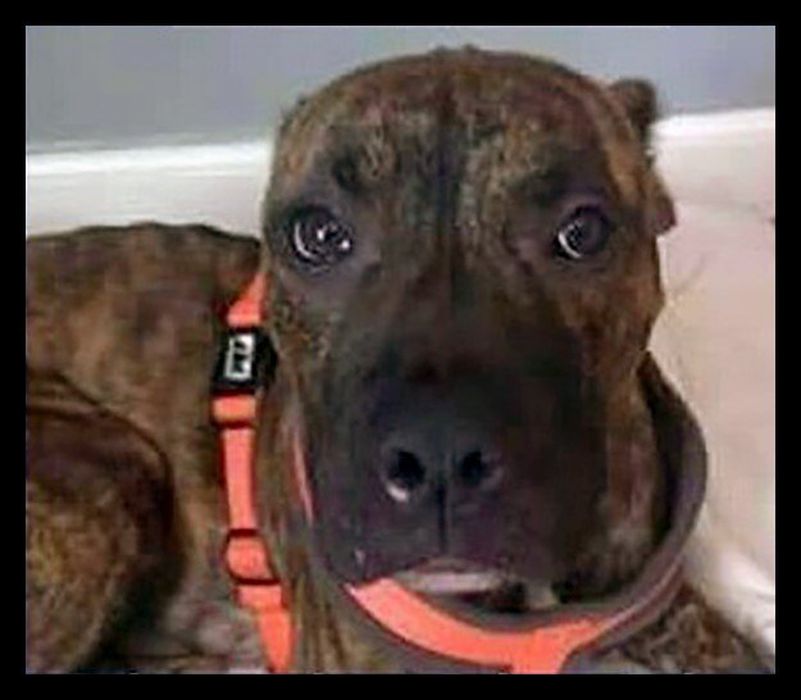 Louie was seized by police and dog wardens in London. We believe he’s been subjected to violence since the day he was born and trained to fight from the age of three months. His ears have been crudely sliced off to make him look more aggressive and perhaps to help prevent other dogs from holding onto them during fights.

Louie went into foster care to help him overcome his nervousness of people and other dogs. He’ll be re-homed away from London where dogs like Louie are sold for profit for fighting or as status dogs. 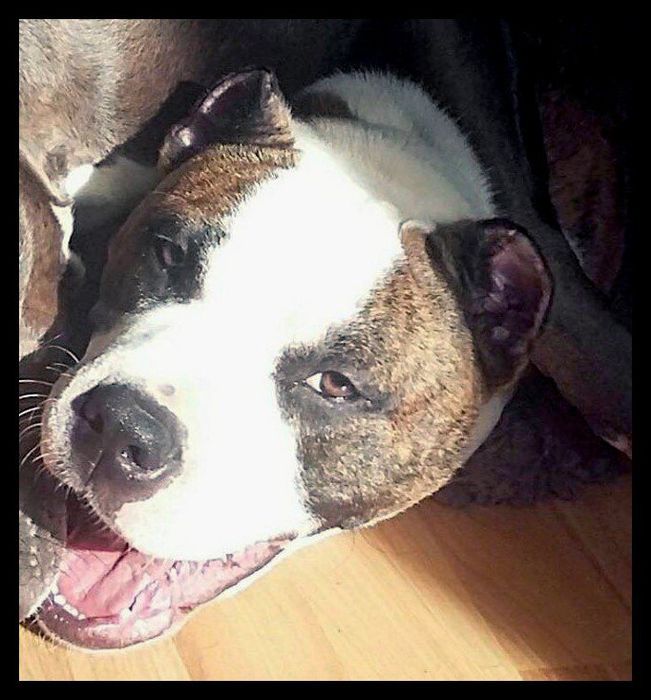 Dewy was brought into a rescue centre in Buckinghamshire. He had been subjected to violence from the age of about three months by his owner who forced him to fight. His ears had been crudely cropped to make him look more aggressive and perhaps to prevent other dogs from holding onto them.

Dewy went into foster care, as he needed extra support because he was nervous around new people and other dogs. 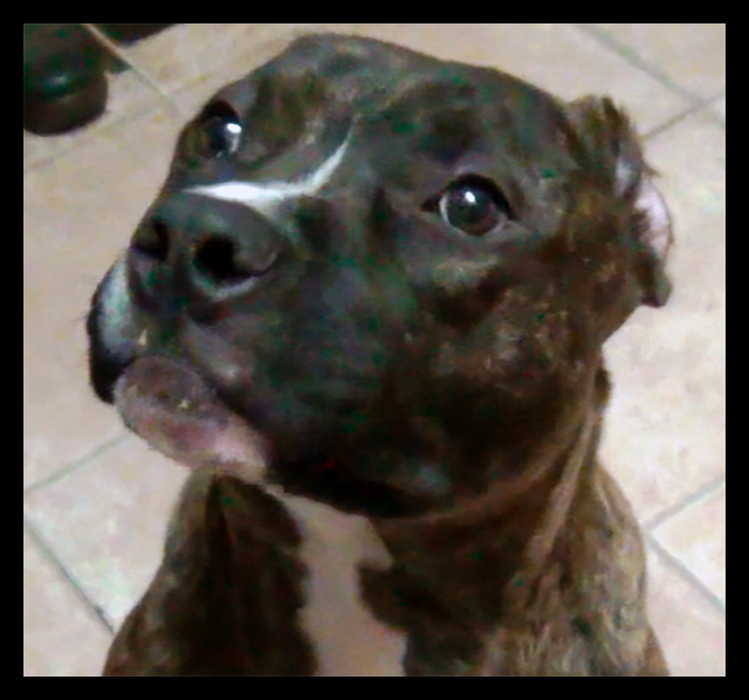 Huey was found by a dog warden in London. It’s obvious he’s been very badly treated from a young age by people who wanted to train him to be aggressive to other dogs.

Huey went into foster care. He needed extra support because he was nervous of new people and scared of other dogs and he’ll be rehomed away from London. 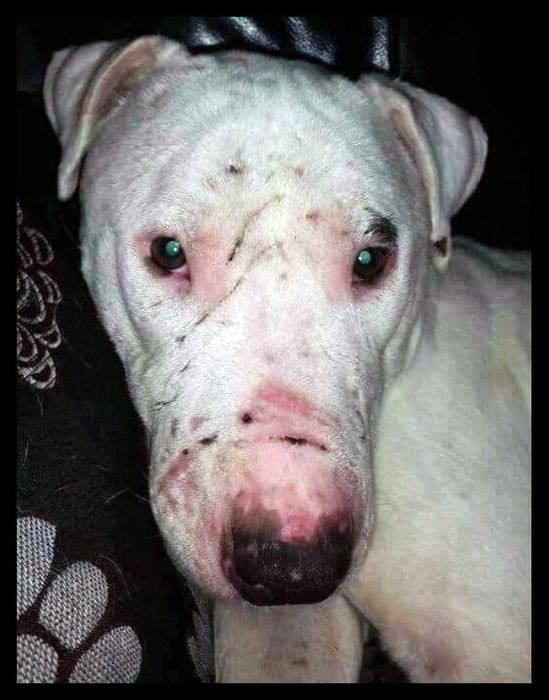 Percy, believed to be a stray, ended up in the hands of unscrupulous people in the Glasgow area who rehomed him with 42 bite wounds across his body.

Sadly, help came too late for Percy and he died from his injuries.

Percy, believed to be a stray, ended up in the hands of unscrupulous people in the Glasgow area who rehomed him with 42 bite wounds across his body.

Sadly, help came too late for Percy and he died from his injuries. 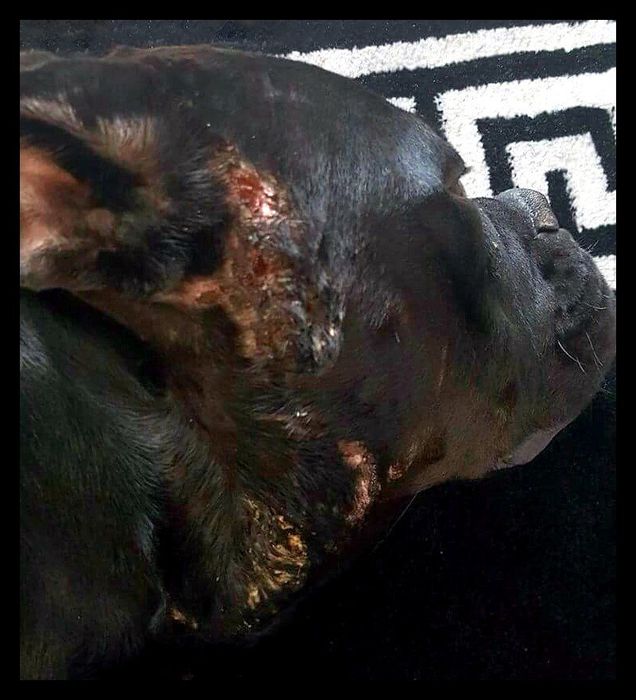 George’s injuries are consistent with being forced to fight. An unscrupulous rescue centre in Scotland tried to rehome him with these injuries; luckily for George he’s found a new loving home. 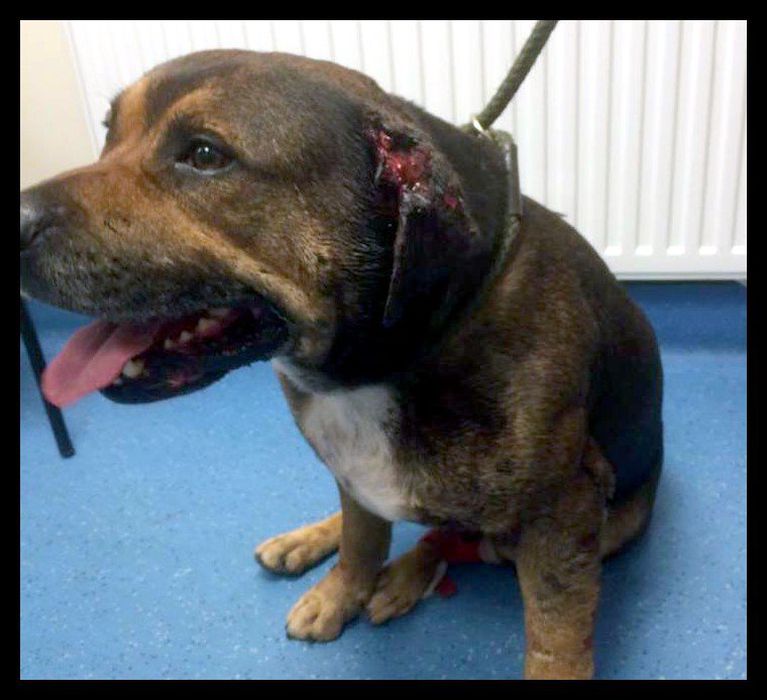 When Buster was found in Shropshire, he was extremely distressed with serious wounds to his ear and face as well as multiple scars across his body. Fortunately, a local vet managed to patch him up and he’s now recovering in a new loving home. 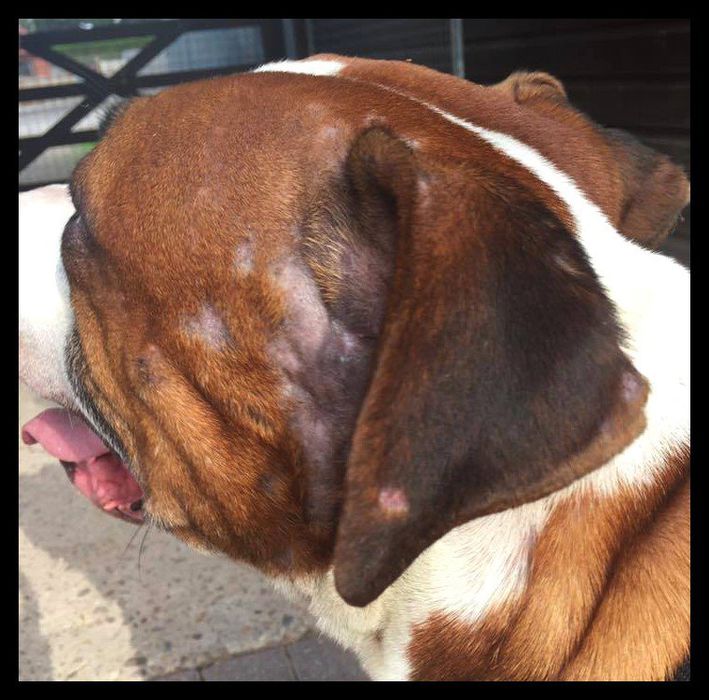 Stanley, a Staffordshire Bull Terrier, was found in Shropshire with a serious neck injury as well as numerous old scars on his face and neck consistent with being forced to fight. 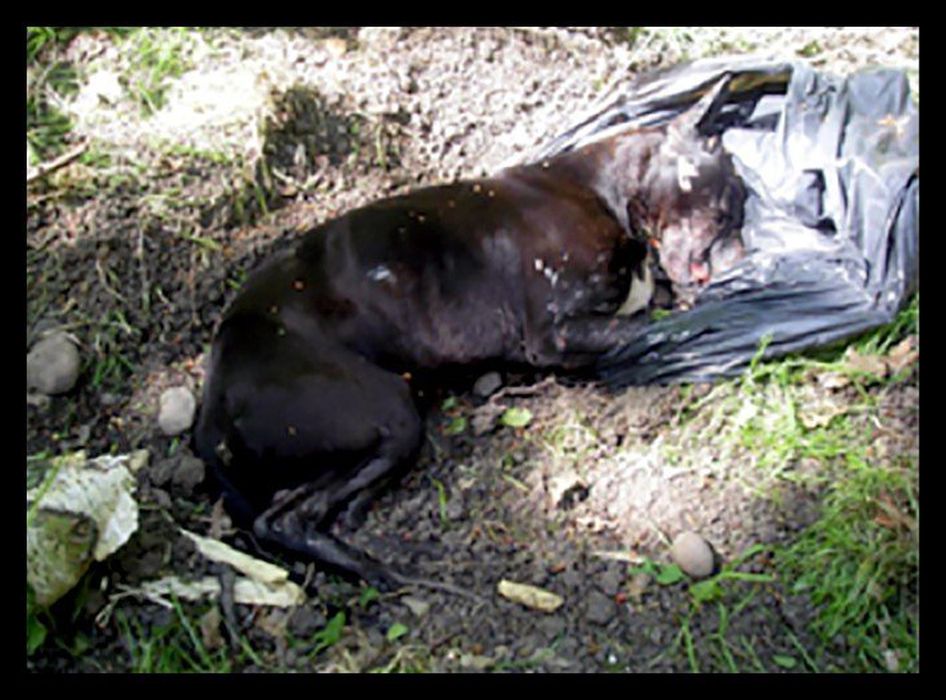 In May 2017 two dead dogs were discovered in a shallow grave in Warwickshire. They were partially buried in bin bags. Both dogs had puncture wounds to the head and legs consistent with dog fighting injuries.

Many find it surprising that dog fighting was outlawed nearly 200 years ago. Sadly it still continues in the 21st century and is a significant animal welfare issue for the UK.

Find out more about Dog Fighting