Wherever hares occur around the world, they attract myths and legends. Their ability to apparently appear and disappear at will has given rise to their association with otherworldliness and magic. Even Exmoor has its own piece of typically-Exmoor hare mythology. Legend has it that an innkeeper at a hostelry just a few miles from the League’s Baronsdown reserve, once turned herself into a hare for hare hunters to chase and only narrowly escaped with her life before resuming her human form.

Hares are not a common sight around Exmoor. They much prefer the drier mixed arable lands in the east of the country, than the rain-sodden fields and moorlands of south-west England. This makes every hare encounter on Exmoor an extra special occasion.

So, as I walked around one of the League’s reserves on the west side of Exmoor, hares weren’t particularly on my mind. It was a pleasant winter’s day, and I was carrying out an otter survey along the riverbank and cleaning out some dormouse survey tubes that had been in the woods since spring. Otter spraints were abundant and tracks in the mud gave away the presence of red deer that shelter in the wood throughout the year. Out of the corner of my eye I caught sight of a handful of hinds and calves making a cautious retreat.

Then suddenly, from beneath my feet, out burst a hare. Clearly indignant at the unwelcome intrusion, it ran a few feet uphill and stopped to assess the situation. The hare ran a few feet more and then got up on its back feet to make it abundantly clear that it knew I was there, and I had no chance of catching it, even if I wanted to. I stood for a few seconds in wonder and then it was my turn to retreat and leave this beautiful creature to go about its business.

As the sun had made an unexpected appearance, I decided to drive back to Baronsdown through the centre of Exmoor. I was thinking about my encounter with the hare when my suspicions were aroused by a red deer hind running through a field. I pulled over on the roadside and to my surprise a pack of beagles appeared, accompanied by some young boys. Instantly, my cheerful mood was destroyed as I realised what I was seeing.

Despite the scarcity of hares, there are still three hare hunts in the Exmoor area. At various points in history, the hare hunters have even restocked Exmoor with hares, so that they have enough to hunt, bringing hares down from Scotland to bolster the local population. However, this was not one of the local hunts, this was the Eton College Beagles, on one of their annual hare hunting jollies to Exmoor.

I watched in disgust as the beagles were lifted by the scruffs of their necks and thrown unceremoniously into the back of a pick-up. Then, out came a wicker hamper and the boys and their adult supervisors tucked into afternoon tea. It was a surreal sight and I struggled to comprehend how these people could casually end an afternoon of terrorising hares with drinks and sandwiches. In retrospect, I am quite pleased that I will never understand.

Hares that live on League reserves are safe, but there are still more than 70 hunts across the country hunting and killing hares for pleasure. Please help us to end this barbaric activity. 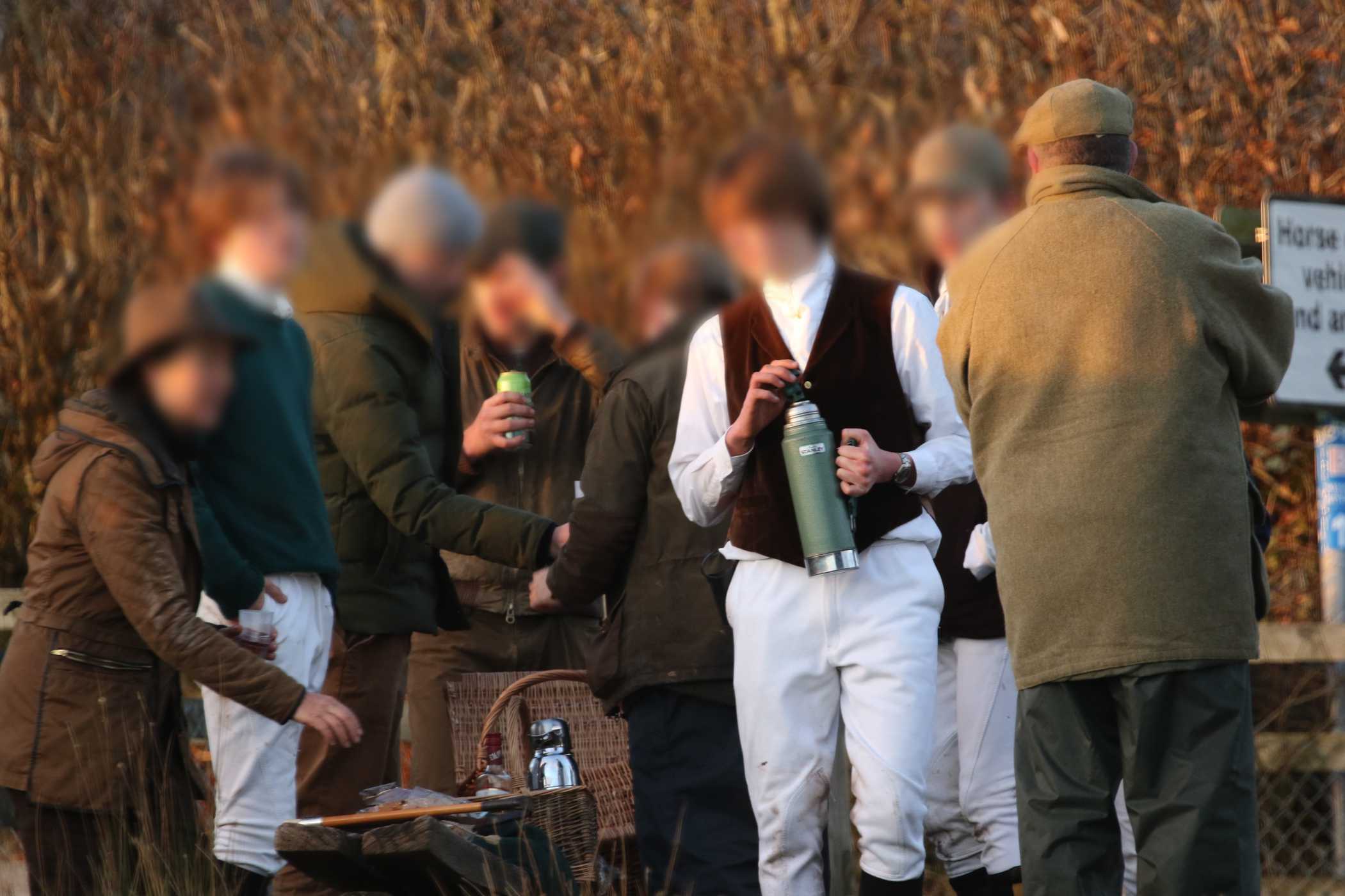