A tragic incident on New Year’s Day in which four hounds were killed by a train on a railway line in Somerset illustrates perfectly the flaws and deceitful nature of the ‘trail’ hunting excuse being used by fox hunts.

The tragedy is the second time in recent weeks that hounds – from what is believed to be the Blackmore and Sparkford Vale Hunt – have been seen on the railway line near Templecombe. 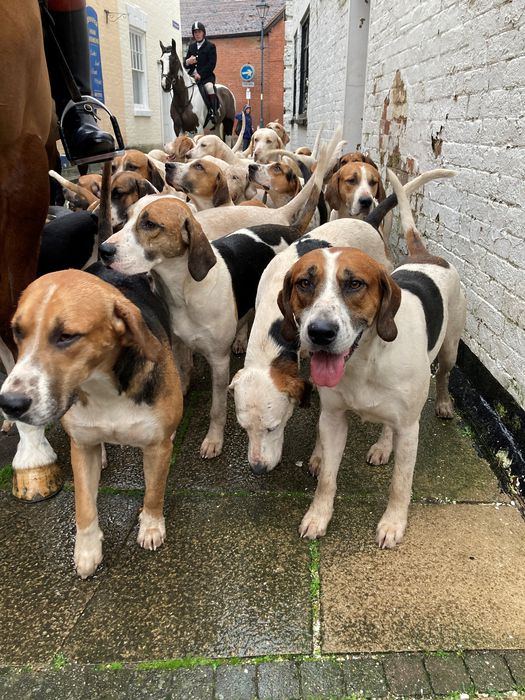 Trail hunting was invented by fox hunts after the 2005 hunting ban to explain their continued presence in the countryside. It purported to be an activity which closely replicated fox hunting but replaced a live quarry with hounds following an animal-based scent.

So why would a hunt be laying trails on a railway line? It is of course nonsense to think the that the hunt would be stupid enough to deliberately do so.

The answer is obvious – there never was any laid ‘trail’ for the dogs to follow.

Animal welfare campaigners have long argued that trail hunting was a cover up for the continued chasing and killing of foxes and in October 2021, a landmark court case came to the same conclusion. The respected district court judge Tan Ikram described trail hunting as ‘a cover for old fashioned hunting’ and a ‘sham’. A senior figure within the fox hunting world, disgraced former director of the Masters of Foxhounds Association Mark Hankinson was found guilty of encouraging over 100 hunt staff to hide the illegal chasing and killing of foxes under the ‘smokescreen’ of trail hunting.

Landowners such as the National Trust and Natural Resources Wales have now banned fox hunts from trail hunting on over one million acres of land across England and Wales.

Network Rail have commented on the death of the hounds and stressed how dangerous the incident was. “Trespassing on the railway is not only incredibly dangerous, but it’s also illegal.

"It risks terrible injuries to the people and animals involved, as well as causing unnecessary delays to passengers.”

A local group – the North Dorset Hunt Saboteurs – said it was no exaggeration to say that they see the hounds on this stretch of line every time they’re brought to the area.

They expressed concerns for the hounds but also feared for the safety of people.

To prevent this type of incident happening again there is a simple solution. The government needs to strengthen the Hunting Act and include a ‘reckless clause’. This would prevent trail hunting being used as a cover for the illegal hunting of foxes – by claiming that the pursuit and killing of a fox was just an ‘accident’. Instead they could be prosecuted for their reckless behaviour.

Enough is enough. It’s time to end the brutal ‘sport’ of fox hunting once and for all.