By Andy Knott MBE, Chief Executive of the League Against Cruel Sports

Last year was a disastrous one for the brutal world of British blood sports. This was best illustrated in the National Trust’s historic decision to ban trail hunting on its land, a landmark moment in the campaign to consign fox hunting to the history books.

That and other victories for animals have exposed the blood sports lobby’s feeble excuses for killing our wildlife for fun. Nor are their arguments washing any longer with the public, politicians, landowners and – with the recent case of The Crown vs Hankinson proving trail hunting to be being nothing more than ‘a cover for old fashioned hunting’ – the courts. Yet the attempts to justify the unjustifiable continue.

The attempts to justify the unjustifiable continue."

Take the recent claim made by Tim Bonner, chief executive of the Countryside Alliance. Defending the practice of trail hunting in The Telegraph, he points out that “the hunting gene is deeply embedded in canines and, from poodles to fox hounds, they will give chase when the opportunity appears”. That’s precisely why trail hunting has no future. What’s the point in laying a trail if the hunting gene is so deeply ingrained in all dogs that they will ignore a laid trail and just chase and kill any animal they can see?

We are often told that blood sports provide rural jobs. We didn’t keep capital punishment so that Albert Pierrepoint could keep his job as our last hangman, so why fret over those engaged in the industrial scale destruction of our wildlife? The blood sports industry tends to provide lowly paid, highly seasonal, temporary work. Hardly a picture of secure, sustainable, employment. Given that polling points to nearly nine out of ten of the public preferring to observe our wildlife rather than kill it, you might think there would be all manner of alternative opportunities to make a more generous and ethical living out of animals.

We are often told that blood sports provide rural jobs. We didn’t keep capital punishment so that Albert Pierrepoint could keep his job as our last hangman."

Increasingly we find their focus moving from the argument itself, to the person articulating it. This is neatly illustrated in a recent blog entitled ‘How to deal with a problem like Chris Packham’, penned by Tim Bonner following a series of threats made to the wildlife presenter online, and a string of deeply troubling incidents at Chris’s home.

In 2019 dead crows were hung from his gate after his Wild Justice group challenged the licensed shooting of these birds. In October 2021, the anti-hunting advocate was the victim of an arson attack. Masked attackers drove a car up to the gates of his home before setting the vehicle alight causing thousands of pounds of damage.

Chris is not alone in being the victim of vicious, cowardly opponents. Dr Amir Khan, a regular on daytime TV, has been the victim of sustained racist abuse following comments he made online opposing the brutal world of fox hunting. Loving the fox makes them both the objects of hate.

Enough is enough. It is time to call out the bullying and despicable tactics that seek to silence those that speak for the majority in this, our nation of animal lovers. We do it in sport. So why not here?

That’s exactly what Chris and Amir are doing. Both shared their experiences of being trolled in public, taking to TV and social media. Their courage and integrity are the antidote to the poison that has infected those that cannot win on intellect. Being trolled might be the measure of their success, but that doesn’t make it acceptable.

We are well on our way to building a kinder society where persecuting animals for sports is a thing of the past. Please consider making a donation to League Against Cruel Sports so we can do just that. 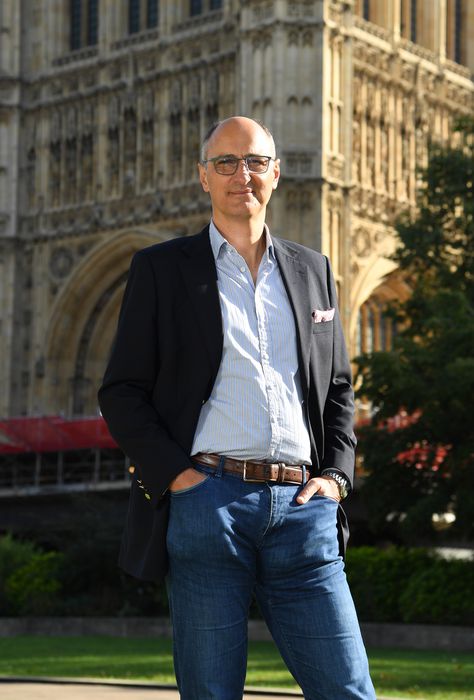