Just like most hunts across England, hunters in Somerset hide behind the smokescreen of ‘trail’ hunting, where they claim to be following a scent trail. Enough is enough.

Hunting is rife in Somerset, with stags, foxes, mink, and hare all hunted with hounds. With nearly 300 reports relating to illegal hunting in the county being made to the League since 2019 alone, Somerset is a true hotspot for hunting.

There are 13 different hunts active in Somerset and the county is home to 15 hunt kennels. On top of this, it is in the top four counties for the number of incidents reported to the League and has one of the worst conviction rates for proceedings under the Hunting Act 2004 of just 12 per cent. Compared to a national average of 57 per cent, this is shockingly low. 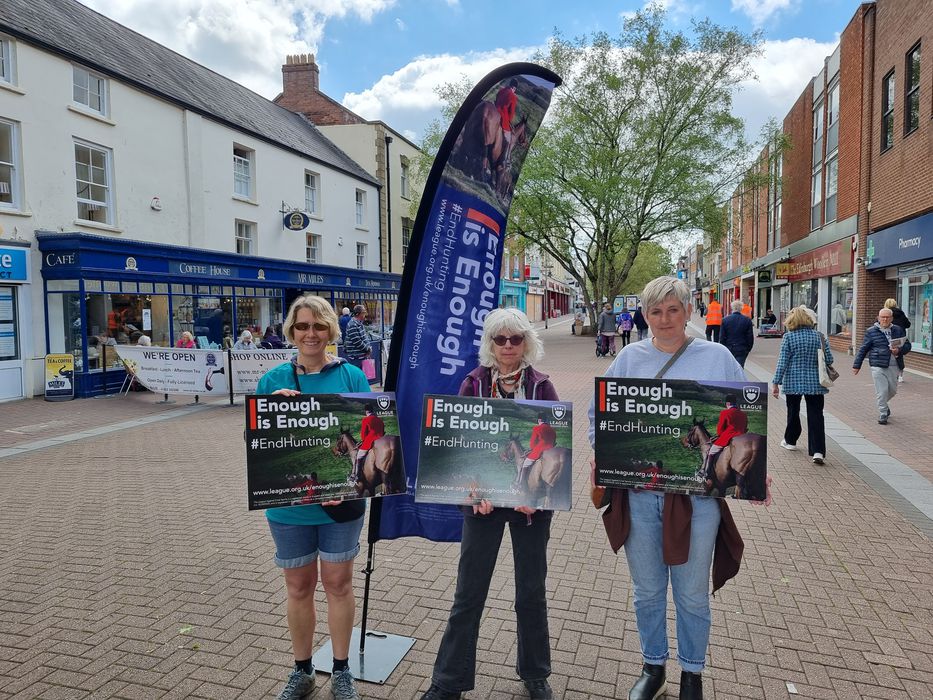 Just like most hunts across England, hunters in Somerset hide behind the smokescreen of ‘trail’ hunting, where they claim to be following a scent trail. This was exposed as a sham and a mirage at the trial of Mark Hankinson, former director of the Masters of Foxhounds Association. He was found guilty of leading a masterclass in teaching hunters how to use trail hunting to cover up what the judge described as “old fashioned illegal hunting”.

Unlike most of the country, here it's not just foxes that are chased by packs of hounds. In Somerset, stags are also victim to the so-called sport, with hunts such as the Quantock Staghounds and the Devon and Somerset Staghounds exploiting the loopholes in the Hunting Act 2004 by claiming their kill as ‘research’. We are yet to see a study proving this to be true.

What do we want?

To protect wildlife, nature, and residents in Somerset from the harm and havoc caused by hunts and their followers.

We are calling on the new Somerset Council to ban so-called trail hunting, exempt hunting, or any form of hunt meets on public land.

Somerset elected 110 councillors to the forthcoming Somerset Council in May 2022. They chose to elect new political leadership for the county.

With a newly elected set of policy makers in place, and a new council with more powers on the horizon, there has never been a better opportunity to win a victory for wildlife in the heartlands of hunting.

What are we doing?

We have launched a new petition to give Somerset residents a chance to raise their voices for animals and tell their new council that enough is enough.

Local people have come together to form a new League Against Cruel Sports Supporter Group in Somerset and these League campaigners will be out around the county, gathering signatures to end hunting on Somerset Council land.

As well as speaking to people on the streets, we will be sharing stories from those whose lives have been blighted by the hunts. We will show people what the hunts really get up to.

To compliment the campaign, we are working with local politicians behind the scenes to build political support to ban hunting on public land.

We are working with other animal welfare groups – like Action Against Foxhunting – to grow and support each other’s campaigns to protect animals in Somerset.