As one of the founding members of the Revive coalition for grouse moor reform, we continued to highlight the circle of destruction surrounding Scottish grouse moors.

An important part of this is the potential environmental damage of thousands of medicated grit stations that litter the land on shooting estates. The medication is left out in the hope it will protect wild grouse from disease, but no one knows what impact it has on other flora or fauna.

At the start of the year, the Scottish Government commissioned an agency to report on the issue. As part of this we offered over 8,000 photos and the GPS positions of over 7,000 grit stations that were documented in our 15-month survey of seven Scottish shooting estates to provide crucial intelligence for their report. 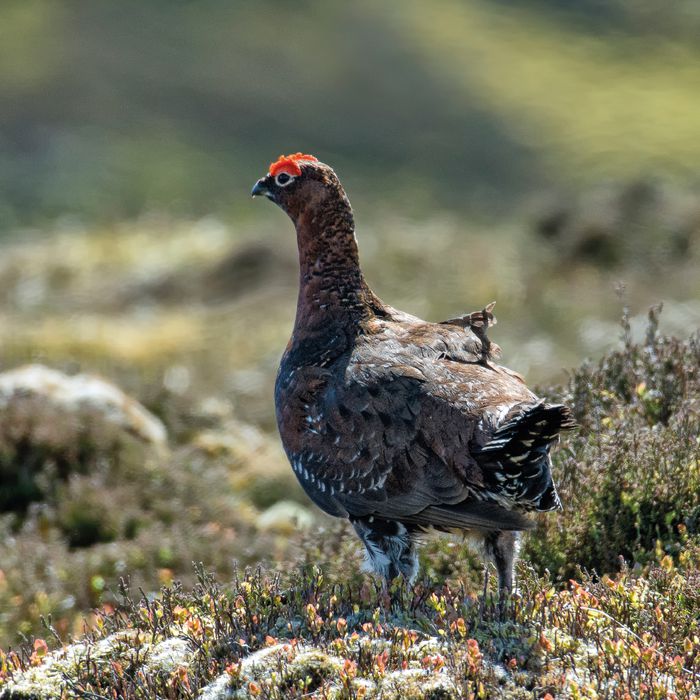 The League inspired the Revive coalition’s ground-breaking report, Our Land, which outlines a comprehensive toolkit of policies and actions to provide a roadmap towards land reform in Scotland. The report, by the New Economics Foundation and the Common Weal think tank, has been described by land reform expert Andy Wightman as “the tipping point in the debate”."

Our Land addresses issues of social justice and questions why more than a million hectors of Scotland is uneconomically set aside for shooting grouse for entertainment. It analyses why concentrated land ownership is harming Scotland, sets out a comprehensive plan for proper reform, demonstrates that it is legal, and possible within the powers Scotland already has, and sets out a vision for what a new Scottish landscape could look like.

The report was extensively covered by the National, a pro-independence newspaper, popular with the Scottish National Party and campaigning journalist Lesley Riddoch’s column in the same paper was very complimentary about the report.

In the spring we hosted a very successful Revive hustings in the run up to the Scottish elections on 6 May. It’s a mark of Revive’s credibility that nearly 200 people turned up online to listen to what candidates from all the major political parties thought about the need for radical reform of grouse moors. This wouldn’t have happened at the last election and is testament to both the political and public support for Revive’s aim. It shows how successful the campaign has been in shifting the political discourse in the past three years.

We managed to secure different opinion pieces in five Scottish newspapers at the beginning of the grouse shooting season. People talk less and less about “the glorious twelfth” and more and more about “controversial grouse shooting”."

In November, the Revive coalition held its second national conference at the Concert Hall in Perth. More than 400 paying guests attended to hear Chris Packham host an all-star line-up of speakers on the animal welfare, social justice and environmental circle of destruction surrounding grouse moors. Bringing together a broad spectrum of people and asking them to take political action will be crucial when the government announces how it intends to introduce a licensing system of shooting estates in Scotland by the end of this parliament in 2026.

Our professional fieldworkers went to the Cairngorms to obtain footage of the devastating impact of muirburn on Cairngorms National Park. The footage shows the sheer scale of heather burning at the very same time as a global summit on climate change was being held in Glasgow.

There’s still a lot to be done to get this legislation through parliament, but we are determined to reform the Scottish countryside