Festival of Hunting – a cause for celebration?

In February 2021 we launched our Festival of Hunting campaign, by taking to the streets of Peterborough calling for the festival to be cancelled.

Along with League staff and volunteers, residents gathered outside Peterborough Cathedral to campaign for the event, which promotes the world of hunting with hounds, to be cancelled. The Festival of Hunting takes place in July and attracts 5,000 spectators. Local residents were so appalled about the event taking place in their city that we established a new Supporter Group covering Cambridgeshire.

Holding the festival in this city is an unusual location, as Peterborough City Council was one of the first councils to take the landmark decision to ban socalled trail hunting on its land. 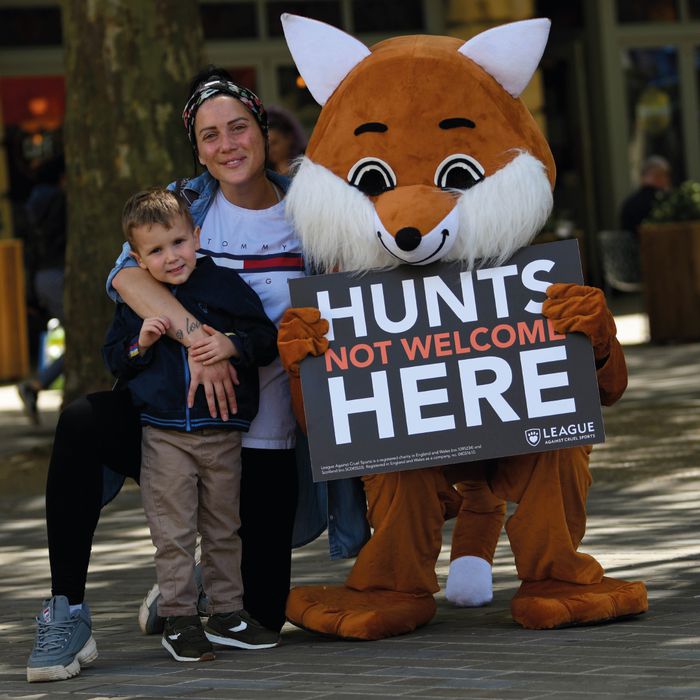 Holding the festival in this city is an unusual location, as Peterborough City Council was one of the first councils to take the landmark decision to ban so called trail hunting on its land.

In July we welcomed a cross-party motion by councillors calling on the council to recognise that Peterborough is no longer an appropriate city to host the event.

Sadly, councillors voted in favour of the event. While this is bitterly disappointing, we have established a new supporter network in a location where we had previously little formal structure, in a very short space of time. We implemented a thorough training programme, mobilised activists to establish a new foothold in Cambridgeshire and have trialled a new supporter model which we shall roll out to other areas in 2022.

Together, we will continue to strive to Society for the Prevention of Cruelty to end hunting.