The raid on the Dwyryd Hunt kennels in North Wales by the RSPCA and the police, based on evidence provided by League professional investigators, brought back vivid memories of a similar incident almost 20 years that is very personal to me.

In 2001 and 2002 the RSPCA visited the Roseavanon hunt kennels in Cornwall and found a pack of beagles and foxhounds living together in squalid conditions. The RSPCA officers found two dead beagles that had been close to giving birth, as well as other hounds that were emaciated and in an awful state. A beagle puppy that was found next to its dead mother was taken by the RSPCA, along with two foxhounds that in need of veterinary attention. Footage filmed by the RSPCA during the raid on the hunt kennels was very upsetting to watch.

Steve Heard was successfully prosecuted for neglecting the hounds in his charge. He was given a community order, ordered to pay costs, and banned from keeping animals for ten years. In court, it was revealed that Heard had previously been banned from keeping cattle.

I became involved when the RSPCA were looking to rehome the two foxhounds and I agreed to take care of one of the hounds, named Annie by the RSPCA staff. The progress of Annie was followed by Pet Rescue and featured on the popular TV programme.

Annie was a lovely dog, although she naturally had issues around food, having been starved in her previous life. She was great with children, small dogs and puppies, but saw large dogs as a threat, which was another throwback to life in kennels. She didn’t like stocky men with short hair, and she always remained petrified of anything that resembled a whip. 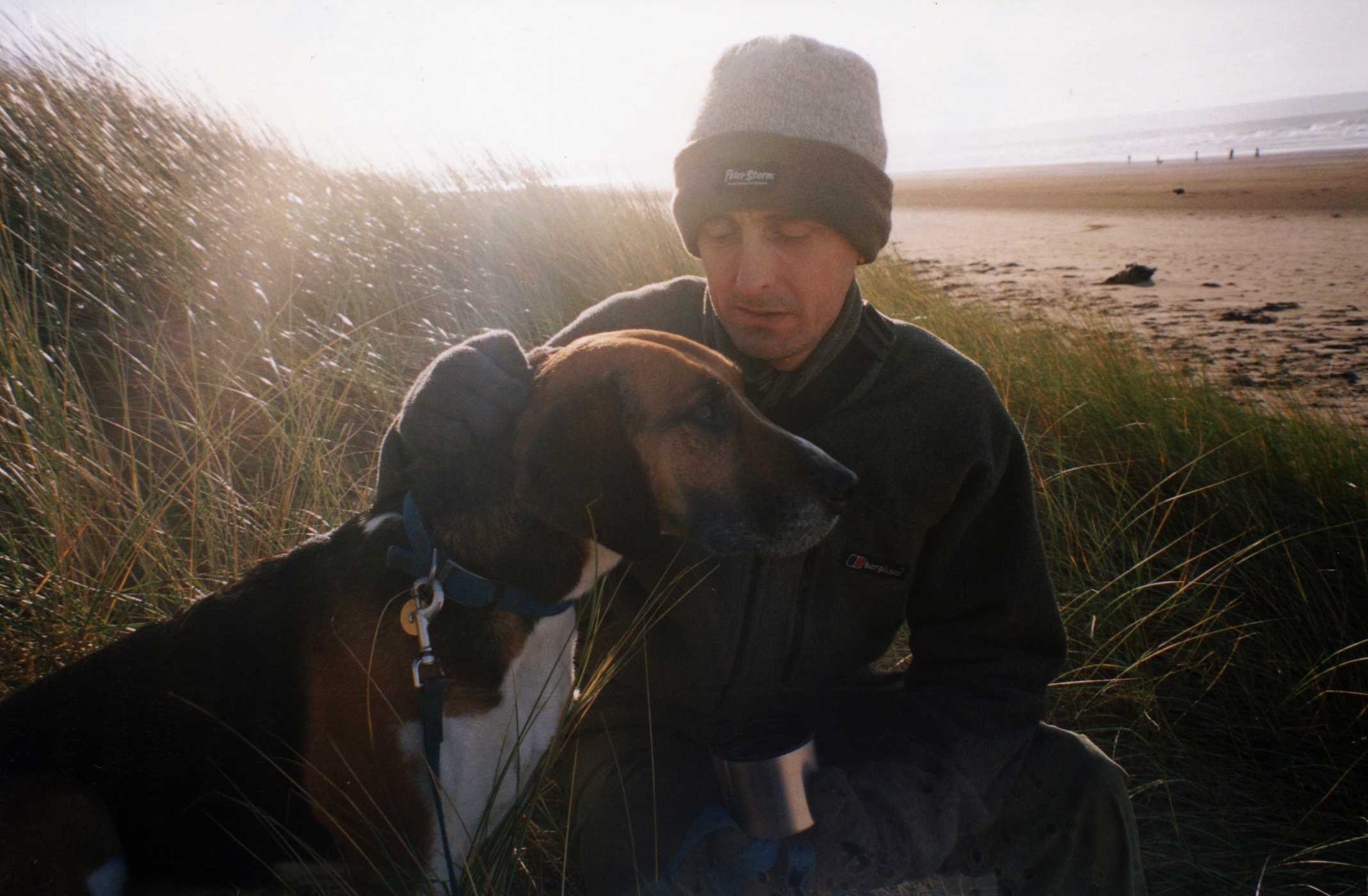 Hunts kill 1000s of healthy hounds every year and make out that hounds don’t make good pets. However, after a few days living outside, Annie moved into our house and became a great companion, until she finally succumbed to cancer some years later.

I thought that I had seen the last of Steve Heard, until I found myself with colleagues filming the Lamerton Foxhounds in 2014. The hounds marked the hunted fox to ground and the terriermen moved in to dig it out. At the end of the dig-out one man was filmed putting a tiny live fox cub in his pocket. When the terriermen moved off, the dead body of another tiny fox cub was left at the scene. It was one of the saddest things I have seen.

Moving on to 2020, and I am walking on Bodmin Moor with my wife when the North Cornwall Foxhounds turn up, chasing foxes back and forth across the moor. Who should I see riding along with the hounds, but Steve Heard again, and this time he is wearing a red jacket. It transpires that Steve Heard is now head of the North Cornwall Foxhunt supporters club and he is a member of the hunt committee.

I suppose it should come as no surprise that a man who has a long history of cruelty to animals is still welcomed by the hunting community and he is able to get himself into a position where he has control over the North Cornwall Foxhounds.

I loved the time that we had with Annie, but I can never forgive Steve Heard for what he did to the hounds in the Roseavanon kennels.