Cheltenham Festival death toll mounts as Ginto is put down

Chris Luffingham, director of external affairs at leading animal welfare charity the League Against Cruel Sports, has slammed the racing industry for its appalling safety record as a fourth horse is put down at the Cheltenham Festival.

He said: “The death of Ginto, the fourth fatality in four days, shows the appalling safety record of the racing industry and the Cheltenham Festival.

“How on earth can these deaths be justified? The lives of horses are being sacrificed for ‘entertainment’ and gambling. Enough is enough – we need a new independent regulatory body with horse welfare as its only concern and the implementation of much tighter safety measures.

“The use of the whip in the sport should be banned as it is forcing horses to go beyond what they are able to cope with and results in stress, injuries and deaths.”

The four horses that have been destroyed are Shallwehaveonemore, Mindsmadeup, Born Patriot, and Ginto. 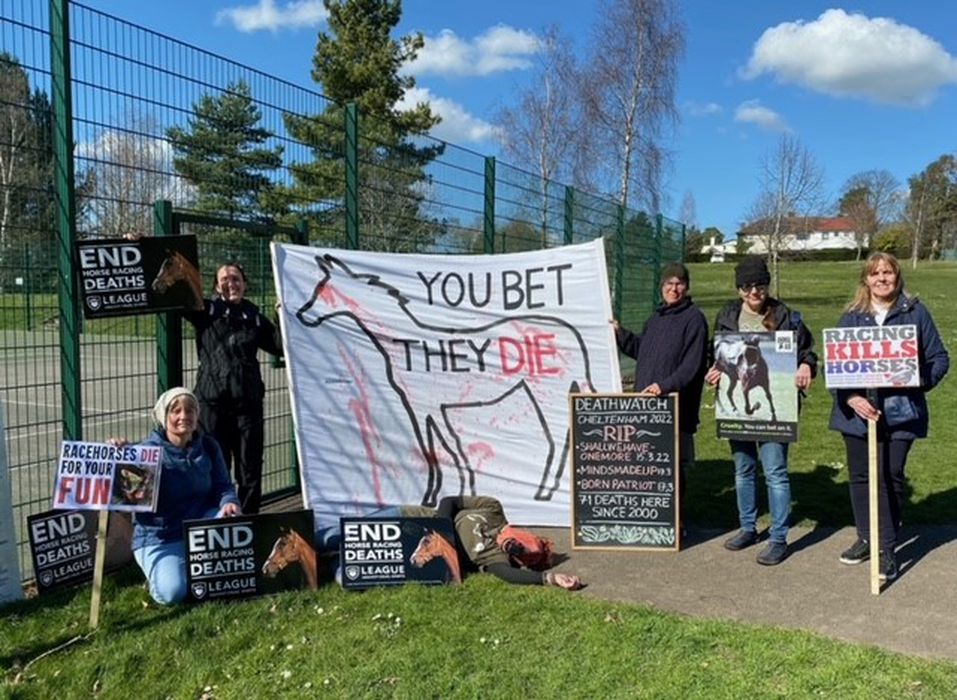