Charity staff plant trees on Exmoor to enhance the environment

Staff at leading animal welfare charity the League Against Cruel Sports have planted 100 trees today to enlarge a wood and enhance the environment at its Baronsdown Wildlife Reserve on Exmoor National Park in Somerset.

A tree was planted by or for every one of its 60 staff members and named in honour of them and the remaining 40 trees will be named after future staff members as the charity grows.

The wood itself will now be known as Centenary Wood to celebrate the League’s 100thanniversary in 2024.

Paul Tillsley, head of conservation and education at the League, manages the Baronsdown Wildlife Reserve, and who organised the tree planting said: “By planting these trees we are helping wildlife now and leaving a legacy for the future.

“A variety of different birds, reptiles and mammals will benefit from this green environmental initiative.”

The 250-acre reserve is located high above the Exe valley and is home to many different species of wildlife including a large herd of red deer.

The reserve acts as a sanctuary for these red deer which are relentlessly chased and killed by local hunts despite the national ban on hunting with dogs which came into force in 2005.

Nick Weston, head of campaigns at the League, was one of the staff members to plant a tree. He said: “The League wants to have a lasting impact on the environment – in respect to both the animals we protect, and the wildlife habitats in which they roam.

“In years to come I would like to look back at all I have achieved at the League, and one of the ways I can do that is to return to the newly planted Centenary Wood and see how it has flourished. Hopefully we can create a better, greener world for future generations of animals and people to enjoy.”

Organic compost and compostable pots were used in the planting of the saplings. Wooden discs created from trees that had been blown down in storms had the names of staff burnt into them and were hung from attached canes.

Pictured: Nick Weston, head of campaigns at the League Against Cruel Sports, planting one of the trees. 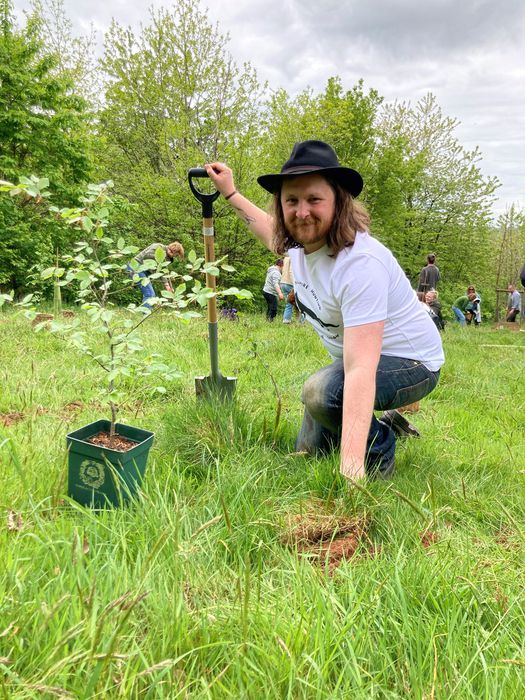