Animal welfare campaigners from the League Against Cruel Sports gathered in Peterborough Cathedral Square to slam the squalid Festival of Hunting taking place in the city today. (Wednesday)

They called on local residents and politicians to condemn the national festival and to support calls for hunting laws to be strengthened – in a bid to prevent hunts from killing foxes despite the fox hunting ban.

Chris Luffingham, director of external affairs at the League Against Cruel Sports, said “All the evidence from eye-witness reports of fox hunts, is that they are still chasing and killing foxes in breach of the fox hunting ban.

“It’s time for change. The Hunting Act needs to be strengthened and the squalid Festival of Hunting consigned to the history books along with the terrible suffering animals face at the hands of the callous hunts.”

The League released figures this week based on eye-witness reports which showed that the Warwickshire Hunt – which picked up two awards at last year’s Festival of Hunting – was seen killing five foxes and was involved in 21 cases of suspected illegal hunting during just one fox hunting season.

The League believes these figures to be the tip of the iceberg with far more foxes being chased and killed in the countryside.

The Fitzwilliam Hunt were seen chasing a fox into Peterborough Crematorium in December 2020 and disturbing mourners at a funeral.

In the same month, Peterborough City Council made a landmark decision by voting to ban trail hunting, exempt hunting, hound exercise and hunts meeting on its land.

Chris Luffingham added: “Quite simply the Festival of Hunting should not be taking place in the city.

“It is a celebration of blood sports and cruelty which will horrify the vast majority of the Peterborough public.” 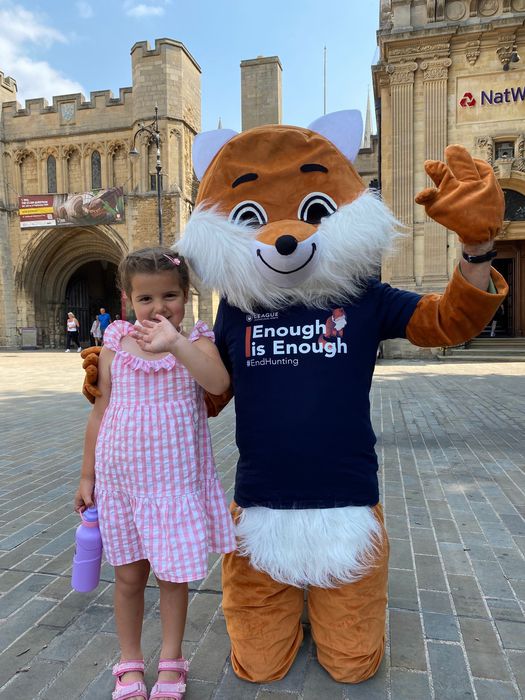