Leading animal welfare charity the League Against Cruel Sports has condemned plans to push ahead with the national Festival of Hunting despite the conviction of a senior figure in the hunting world for encouraging hunts to break the law.

One of hunting’s top bosses, Mark Hankinson, was convicted late last year of intentionally encouraging or assisting others to commit an offence under the Hunting Act 2004.

The Festival of Hunting is set to take place in Peterborough next month, but tonight [FRIDAY] the charity was in the town calling on politicians to condemn the event.

Chris Luffingham, director of external affairs at the League Against Cruel Sports, said: “It’s simply arrogance on behalf of the hunts that they would go ahead with a national celebration of a so-called sport that has been found, in court, to be a sham and a mirage for old fashioned illegal hunting.”

Hankinson was found guilty under the Serious Crimes Act 2007 of telling more than 100 huntsmen how to use the “smokescreen” of ‘trail’ hunting to get away with hunting real animals.

Chris added: “Enough is enough. We are calling on politicians to condemn the squalid Festival of Hunting and to strengthen the Hunting Act and finally stop the immense suffering of wildlife at the hands of these degenerate and barbaric hunts.”

The League’s event tonight [FRIDAY] saw the audience and panelists slamming the Festival of Hunting and the brutal and criminal world of fox hunting.

Dominic Dyer, policy adviser at the Born Free Foundation, said: “Foxhunting is an increasingly politically toxic activity which should be consigned to the history books.

“Despite the failure of the Government to strengthen the Hunting Act, this will remain a key issue of concern for all candidates at the next election.”

Kate Stephenson, author, wildlife blogger and conservationist, said: “The combination of public opinion being so strongly in favour of strengthening the Hunting Act, alongside the known element of trail hunting being a smokescreen for illegal activity makes the idea of hosting such a festival in Peterborough seem completely illogical and out of touch.”

A series of the country’s largest landowners, including the National Trust, have now banned trail hunting on their land, with the Lake District National Park Authority being the most recent body to take this important step.

More information about the trial of Mark Hankinson, including a link to the full judgement, is available here. 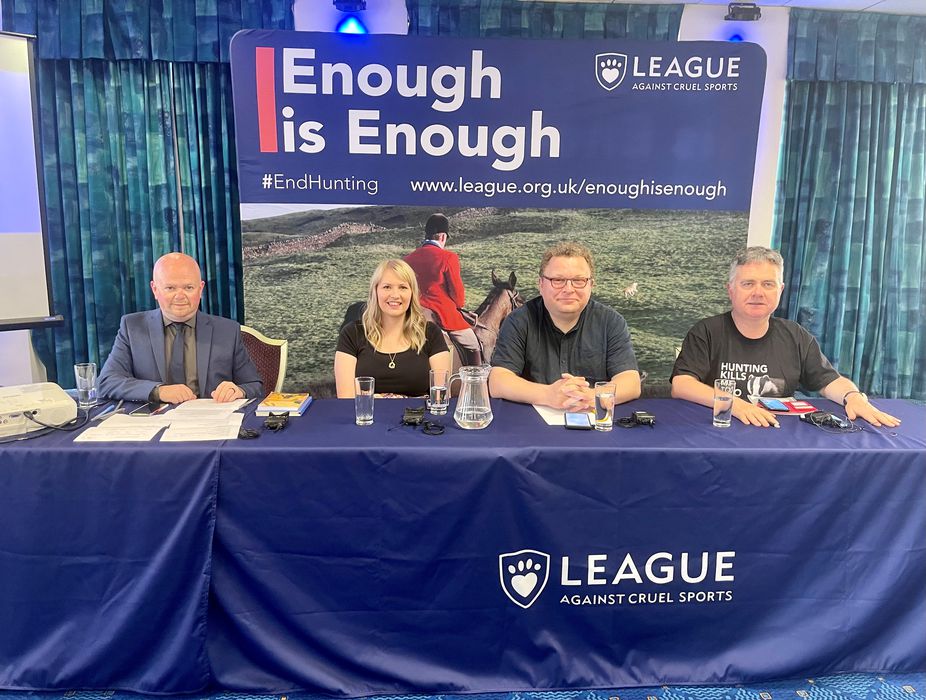