A cruel slaughter of wild red deer in the West country

My love of deer started from a young age where I became aware of the cruelty that deer suffer at the hands of hunts. Those early experiences are what led to me working for the League, and I want to use my experience to expose what the deer hunting season looks like so far.

A mature stag took refuge on League land near Holford in Somerset after becoming exhausted from a long chase. Despite being private land the Quantock Staghound’s staff and followers went into the reserve and chased the stag away on foot; I was able catch the incident on camera and the evidence was reported. 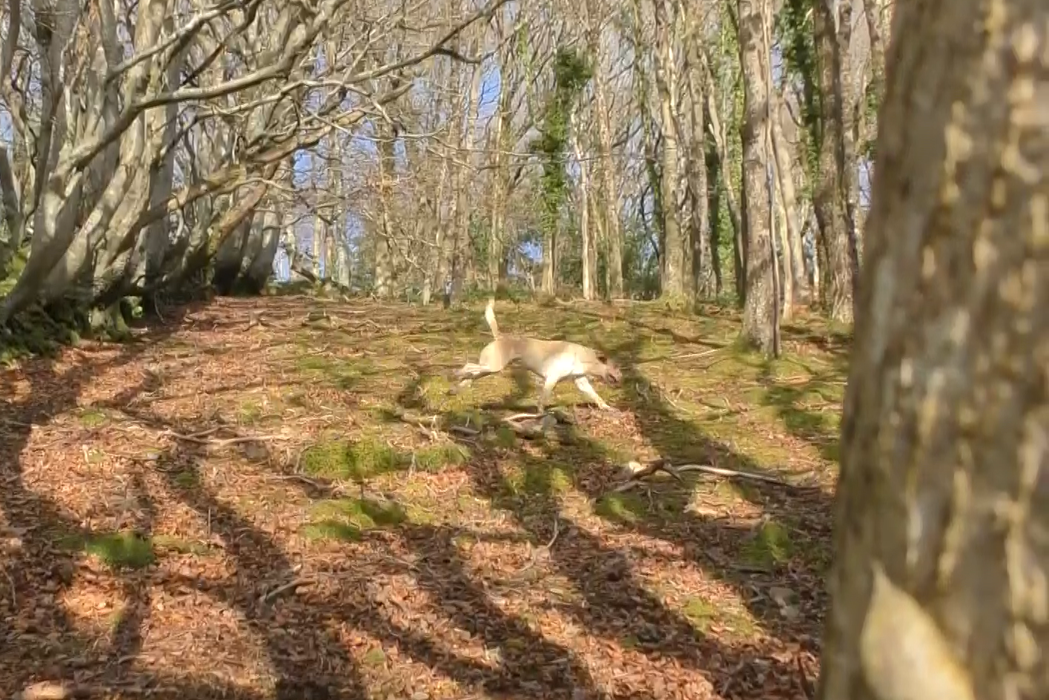 Hound in full cry on the Peepout reserve

And so, it begins…

Hind hunting season starts in November and is a time when the three staghound packs in the area turn their attention to killing females. Sadly, many of the hinds still have young calves at foot or are pregnant.

The surviving calves have grown remarkably fast in the four-to-five months of life that they have had but most are still incredibly vulnerable because hunting with hounds is unselective.

If a calf gets disorientated and separated from its mother, it may become trapped against wire fencing where it will be seen as weak by the hounds and will be caught - suffering a dreadfully cruel end. If a hunt gun carrier is close by the calf will be shot - stag hunters call this a deer that was ‘chopped’.

When I witness these incidents my mind flashes back to June when the calves had just been born and looked so beautiful with their spotted dappled coats - so innocent and unsuspecting of their fate at the hands of the hunts.

At the end of the year, the Quantock staghounds met at Crowcombe Park Gate where we filmed a hunted hind cleverly leading her calf onto the National Trust Woodland Hill and on to the League’s strawberry field sanctuary away from the hunt. Thankfully both mother and calf survived.

After meeting, the hunt headed for an area where they know there are deer and began to create panic so the deer would run. One stag hunt has a tactic of having stationary men with shotguns in wait to shoot the deer as they pass - this tactic is from an era where deer were treated as pests.

While chasing deer on the Quantocks, riders of the hunt spotted us. Immediately after spotting them the huntsman called the hounds and went further west where it is believed from a witness report that a hind was killed, close to the apply named Slaughterhouse Combe.  A short while later we filmed the huntsman proudly showing off his kill at Crowcombe Park Gate. 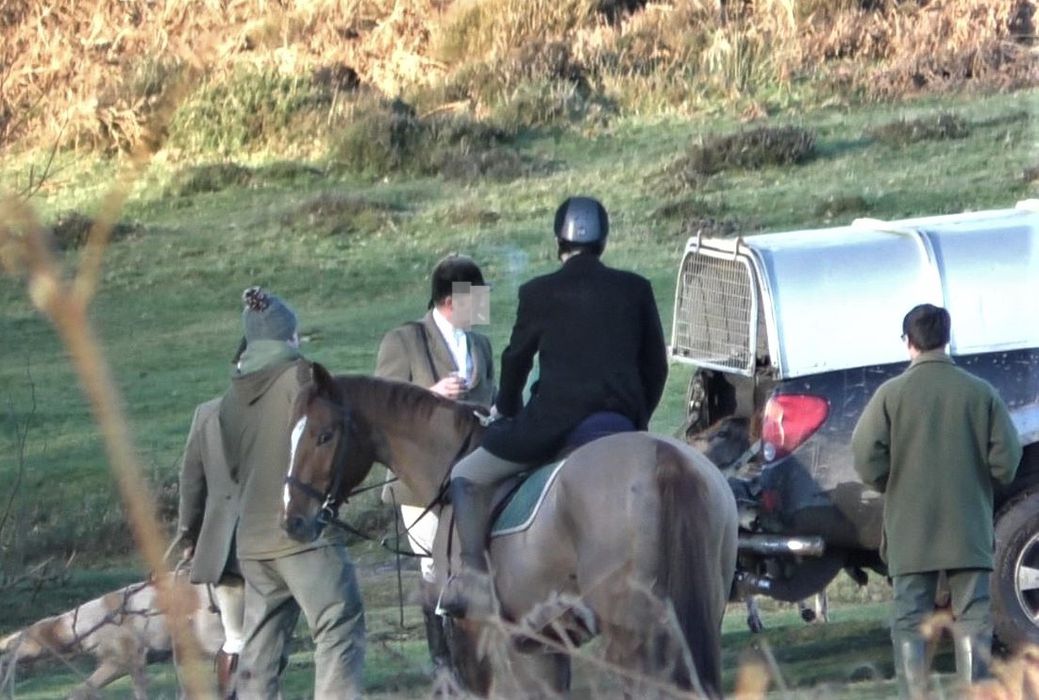 The huntsman showing off his kill

On the same day a stag reached the League’s Peepout reserve where it was chased across the reserve by the same hunt; fortunately, I was staked out on the reserve and captured the incident.  Again, I reported the crime to the relevant authorities and hope action is taken.

Incidents of hounds trespassing on League land are rare and when I’m not monitoring the horrors of hunting, I like to unwind by filming deer at peace such as the hind and its calf living on our Baronsdown Reserve.

As well as being illegal, deer hunts are now banned from a great deal of land in the West country. Major landowners such as National Trust, Forestry Commission and the League Against Cruel Sports, have all banned the cruel activity.

We’re not there yet, but illegal hunting is a battle we are gradually winning and while I’m at the League, I will continue to gather evidence to show the cruelty associated with deer hunting.

Contact your MP and urge them to ask their party to help strengthen the hunting ban and remove deer hunting exemptions.