Give your voice to dogs

Dogs bred to fight don't have a voice, but together we do.

Imagine your dog or a dog you know being forced to fight, day after day. Horrendous isn’t it? Sadly, this suffering is a reality for many.

Bred for the sole purpose of being mistreated; extensively trained until exhausted; kept in isolation to deny them the freedom to socialise; and stitched back together with glue or a staple gun; dog fighting is one of the most extreme forms of animal abuse.

Dogs forced to fight suffer terrible injuries, both from the fights and at the hands of their vicious 'owners'. Most will ultimately be killed in the ring or die soon after from their injuries. Those who can no longer fight are often brutally killed.

Our work to expose the hidden underworld of dog fighting is expensive, requiring specialist equipment and training.

Our confidential supporter funded Animal Crimewatch service is at the forefront of our work. We receive reports of suspected dog fighters from members of the public; whether it’s concerns from neighbourhood communities or identifying suspicious social media profiles, it all helps us build the bigger picture and initiate investigations.

One of our largest investigations started following a call to our Animal Crimewatch team. This vital piece of information led to a three-year investigation into the international transportation of dogs bred for fighting which resulted in a BBC expose and the arrest and conviction of a dog fighter in Scotland. 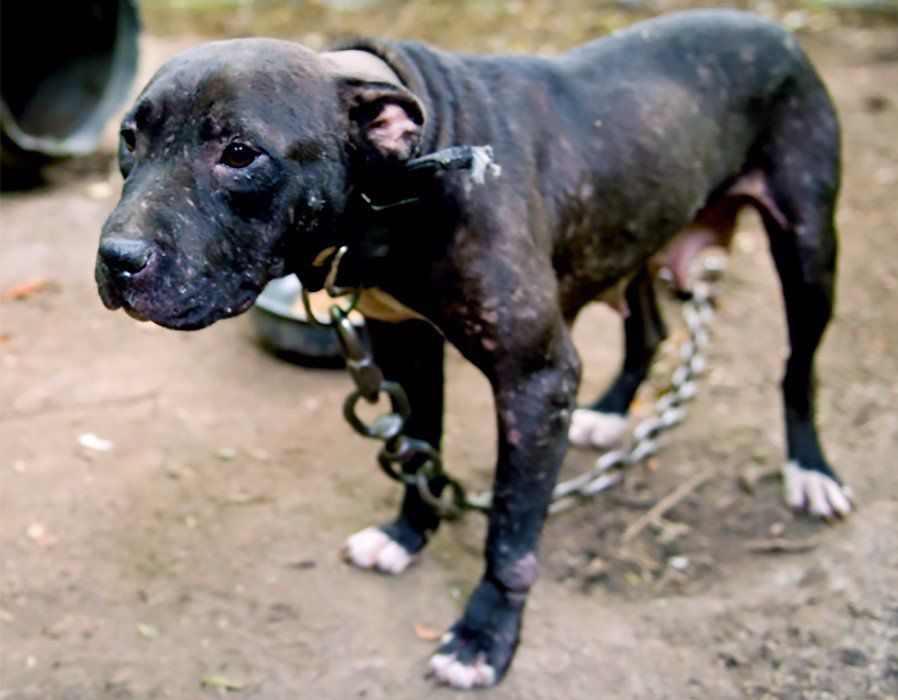 Here to protect man’s best friend from being harmed or killed in the name of sport, we believe that every animal deserves to be heard. Together, we can make enough noise to put an end to the cruelty of dog fighting.

In 2020 alone, we recorded an average of at least one dog fighting related report every week.

It will not surprise you to know that attacking and killing other dogs does not come naturally to man’s best friend. Dog fighters use smaller, passive and less dominant animals to teach their ‘pets’ how to fight. These ‘bait’ animals are often stolen pets.

The dogs we often discover are traumatised - making it even more urgent for us to identify dog fighters quickly. The longer a dog is forced to fight, the harder it is to build their confidence and social skills. It saddens us to say that some dogs are unable to make a full recovery.

It's complex and difficult work, but, together we can help end the suffering.

Were Wolves to the rescue

"I first came to the League Against Cruel Sports as a volunteer in 2017, to help the charity stop dog fighting in the UK. First banned in 1835, this cruellest of animal sport still goes on. As CEO, I have spent the last four years trying to stamp it out, through our investigations and campaigning, to catch and deter those people who subject their dogs to the torture that is dogfighting.

I was recently humbled to be notified by the amazing team at https://www.werewolfwerehouse.io/ that the League were to be the sole beneficiary of up to $124,000 USD (approx. £95,000) from their new werewolf game. We are a relatively small charity, and this sum is twice the annual amount we spend on our dogfighting operations in one year. We are so excited at the prospect of receiving such a large cash donation which will be used exclusively to save dogs from a cruel life and a horrible end.

Last year, after leading a two-year campaign, we brought about a ten fold increase in the maximum prison sentences for those convicted of the most serious cruelty against animals. Convicted dogfighters could now reasonably expect to receive up to a five year prison sentence, not the previous six months.

With this money, be it $124,000 or a proportion of it equivalent received in £GBP, we could run more undercover operations, spend more time gathering intelligence and evidence of dogfighting, and bring more investigations to the police and the courts. We also want to invest more in educating the public as well as professionals such as vets on the signs that dogs have been trained or subjected to dogfighting, as well as campaign in Parliament to have the filming of dogfights made a criminal offence. We want to disrupt the organised criminal gangs that engage in dogfighting and stop those engaging in amateur ‘street rolling’ dog fights in our towns and cities.

The news that ‘Were Wolves’ could be coming to the rescue of man’s best friend is both unexpected and very welcome.

Dogs were not born to fight, but to be loved. We are determined to protect them".